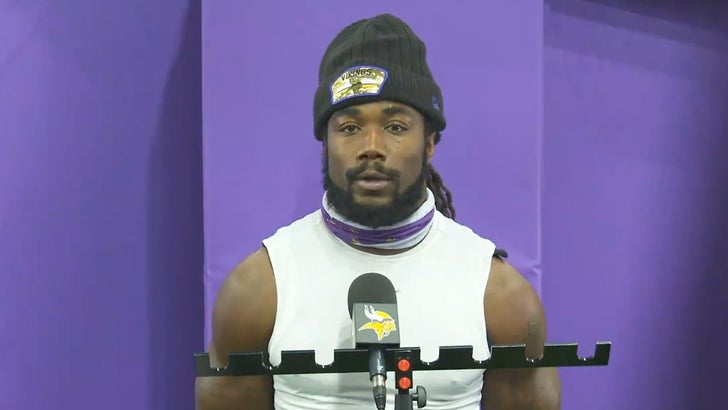 10:20 AM PT — Cook just spoke with reporters for the first time since the allegations were made public … and he said he is for sure playing in the Vikings’ game on Sunday.

The 26-year-old added that he has not yet been in contact with NFL investigators over the accusations … but he reiterated he believes he’s the “victim” in the case.

“I just want everybody to know I’m the victim in the situation,” Cook said. “The truth and the details about the situation will come out at a further time.”

The Minnesota Vikings are still allowing Dalvin Cook to practice with the team … this despite new allegations that he roughed up his ex-GF during a violent Nov. 2020 incident.

Zimmer added that, as of now, the star running back is slated to be available to play in Minnesota’s game against the Chargers on Sunday as planned too. 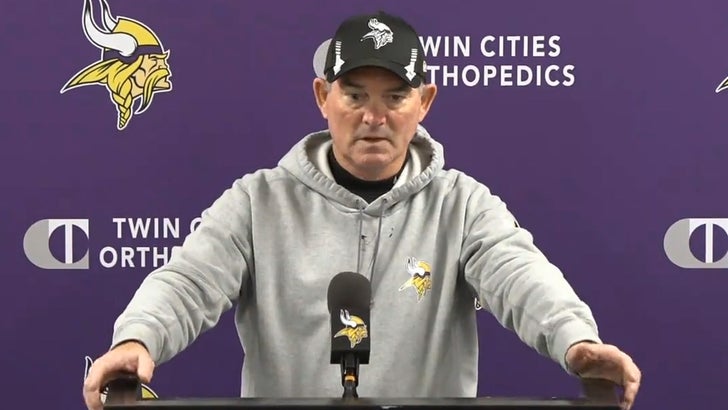 Of course, it’s a surprising announcement … considering Cook’s ex, Gracelyn Trimble, has accused the football player of being violent with her on multiple occasions since 2018.

In a new lawsuit, obtained by TMZ Sports, Tremble says Cook got physical with her throughout their relationship — including a Nov. 19, 2020 incident in which she claims he left her a bloody mess.

During the alleged confrontation … Trimble says Cook hit her repeatedly and even at one point aimed a gun at her head and told her she was going to die.

For his part, Cook — through his representatives — has denied the allegations … and claimed he was actually the victim in the situation, adding that Trimble was attempting to extort him.

The NFL has said it’s investigating it all … explaining in a statement this week, “The matter will be reviewed under the personal conduct policy. We will continue to monitor developments but there’s no change to [Cook’s] status.”