Dancing with the Stars pro, Cheryl Burke claims her celebrity partner Cody Rigsby is “relentless” ahead of their ballroom return. Both Burke and Rigbsy tested positive for coronavirus (COVID-19) ahead of the show’s Oct. 4 episode. Therefore they performed their tribute to Britney Spears remotely from their homes, a first in the history of the reality dance competition series.

While they were given lower scores than anticipated (18 out of a possible 30) from judges Carrie Ann Inaba, Len Goodman, and Bruno Tonioli, fans voted to keep the couple in the competition. 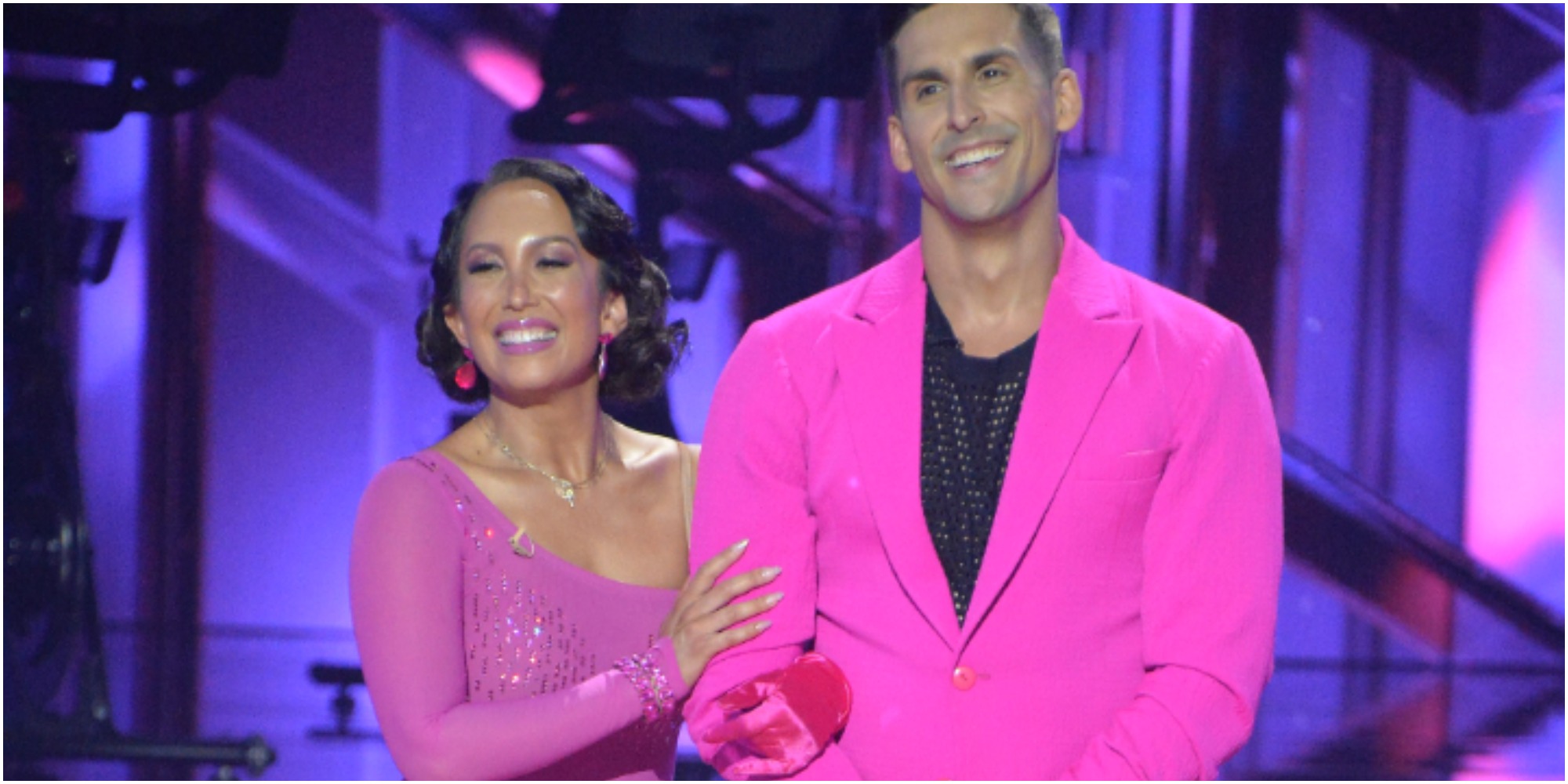 Burke and Rigsby were seen in an Instagram photo below with the caption “reunited, and it feels so good” after not being in the same room together for almost two weeks.

The couple was all smiles as they posed together wearing black outfits and Disney-themed headgear.

The two-time mirrorball-winning champion also added a GIF of herself and Rigsby joking around for the camera.

Burke admitted Rigsby was ‘relentless’ in his determination to succeed

She shared a video to her Instagram page where she explained her feelings regarding the couple’s two routines they had to learn ahead of back-to-back live shows.

“I am truly proud of Cody. He’s not just the fun ‘Boo Crew’ Cody Rigsby you guys love. He is disciplined, hardworking, and does not let anything get him down,” Burke explained.

“He is relentless in a good way,” she said of her celebrity partner.

In preparation for this week’s two live shows, Burke revealed it was challenging to teach her partner two different dances without being in the same room in the video seen above.

However, she admitted that Rigsby was more than up for the demands of this week’s choreography.

“He learned two dances in two days. We did lots of Zooming, mind you since we got ‘saved,’” Burke explained.

“Normally, you can’t teach ballroom via Zoom, but he wouldn’t stop working. We had two Zoom sessions a day, each being a few hours long.

“Cody learned the Vienesse Waltz on his own. By learning the skeleton of the routine, it made my job a lot easier,” Burke claimed.

This week the couple will perform two dances, to air on Monday and Tuesday, dedicated to heroes and villains of Disney films.

Dancing with the Stars airs Mondays beginning at 8 p.m. EST on ABC.