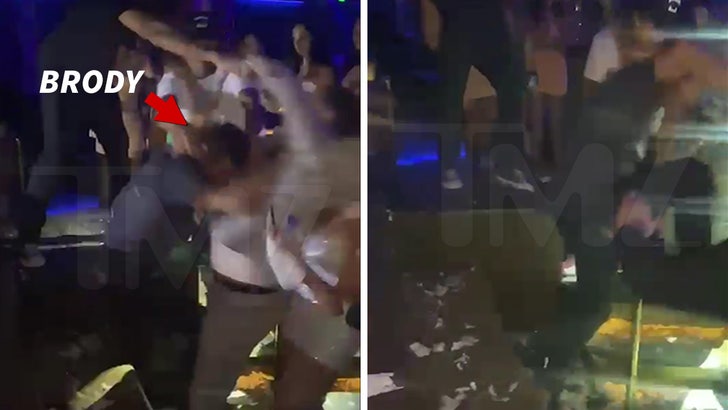 Brody Jenner welcomed his 38th year of life with fists flying and feet stomping — and no, we’re not talking about moshing … the dude got attacked while partying.

The third youngest Jenner child was raging in Sin City Friday, apparently having a great time, showing off the trip on social media. That all changed when he hit up OMNIA Nightclub in Caesar’s Palace Friday night while Steve Aoki hit the stage. 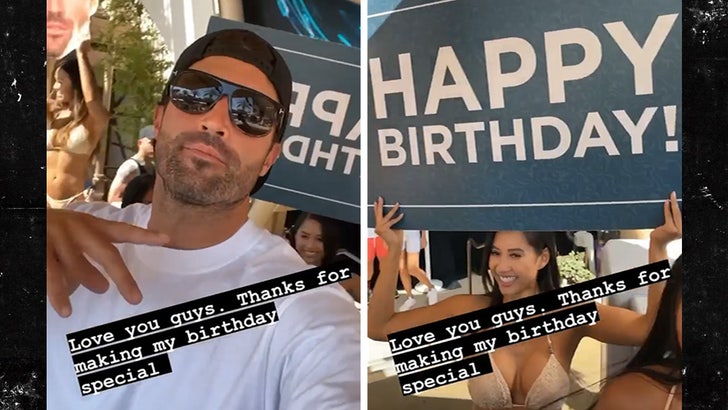 A witness at the club tells us a random guy rushed Brody and his friends in a VIP section, with Brody the target … locking him in a headlock. Brody, his crew and security fought the guy off, and eventually got him on the ground.

You can see in our video, Brody gets a good foot-stomp on the guy before the two are finally separated.

We’re told no one was arrested, security was able to calm things down … and the soon-to-be uncle of two more Jenners (his sister Kylie and brother Burt are expecting) continued to party without incident.