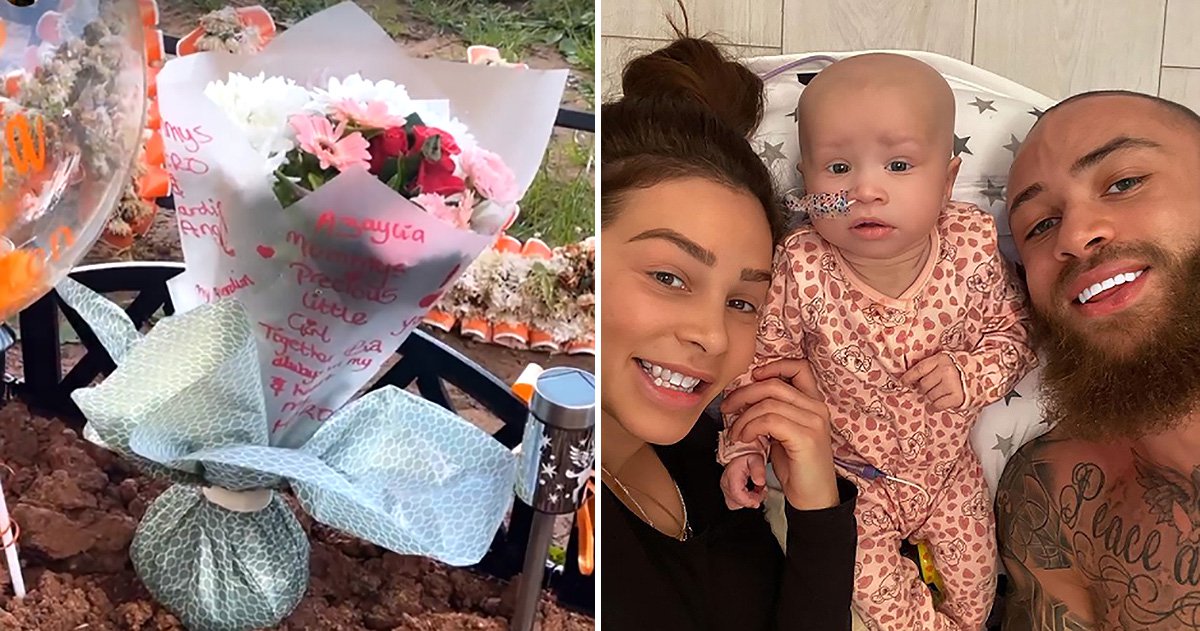 Safiyya Vorajee has given fans an update on how she is doing following the death of her daughter Azaylia Cain as she delivered fresh flower’s to her grave.

Azaylia, who had battled leukaemia, died at the end of April and Safiyya admitted it was ‘getting harder’ to come to terms with her loss.

She shared a video of her visiting her daughter’s grave to take some beautiful fresh flowers and light her candles.

After tending to the grave, Safiyya answered questions from fans, starting with how she was feeling after the death of her and Ashley Cain’s daughter.

Safiyya replied: ‘I never know how to answer this question but I am feeling like every day it’s getting harder to get used to what happened, every day I am being tormented mentally but taking small steps is what I know I have to do and keeping Azaylia’s name alive is key.’

She added that she was determined to get a charity up and running in Azaylia’s name as it would help her to know she was helping other families going through the same ordeal.

Safiyya also thanked her followers for the support they had shown the family throughout Azaylia’s battle and beyond, as well as opening up about how she deals with anxiety.

‘Very early days and I only speak for myself but I try and arrange something for morning time so that it gets me out of bed,’ she explained.

‘I also do small tasks like go to the shop and out for a walk. Doing exercise helps too.’

Ashley and Safiyya had kept their followers up to date throughout Azaylia’s battle with leukaemia, which she was first diagnosed with at just eight weeks old.

The family had raised over £1.5million in donations to get specialist treatment for the tot in Singapore but her condition worsened before they were able to get there.

For more stories like this, check our entertainment page.

Follow Metro.co.uk Entertainment on Twitter and Facebook for the latest celeb and entertainment updates. You can now also get Metro.co.uk articles sent straight to your device. Sign up for our daily push alerts here.