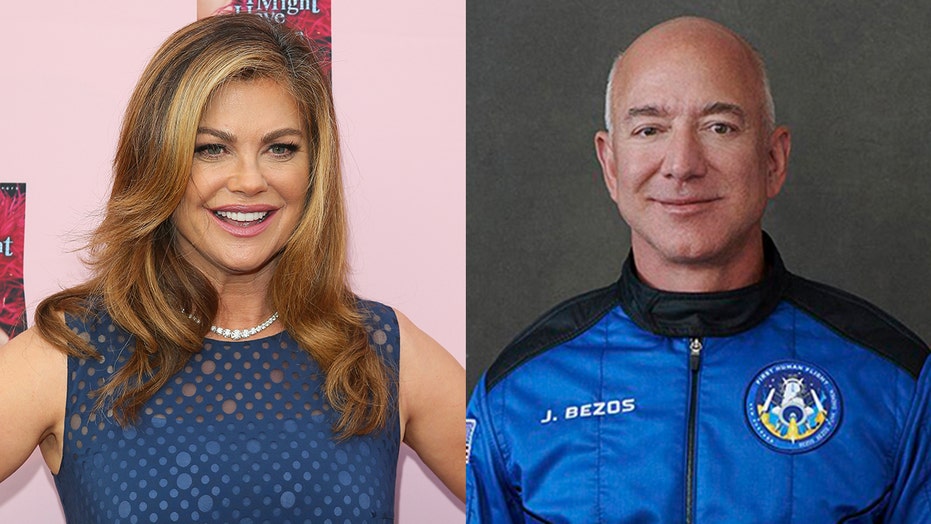 “You know what would’ve actually been big d–k energy? If he cleared every teachers’ Amazon lists,” actress Kristen Johnston tweeted on Tuesday of the Blue Origin founder’s liftoff and return back to earth.

The tweet has over 82,000 likes and has been retweeted or quote tweeted nearly 9,000 times.

On Tuesday, former Democratic presidential hopeful Tulsi Gabbard also voiced her position on Bezos’ space excursion and urged him to “please stay up there.” 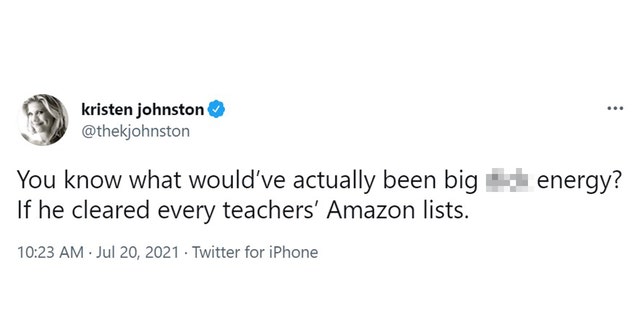 Actress Kristen Johnston tweeted on Tuesday of the Blue Origin founder’s liftoff and return back to earth.
(Twitter)

Do the world a favor,” Gabbard said before pressing send on another tweet that reads, “The only problem I have with Bezos’ Blue Origin space rocket ship into outer space is that it’s going to come back.”

Bezos successfully launched into space and landed back on Earth Tuesday, all before 10 a.m. EST.

“Our training is comprehensive and gets crew prepped for everything they need to know about the vehicle,” Blue Origin lead flight director Steve Lanius said.