Margaret O’Brien is thankful her mother was there to protect her from having a similar fate as co-star Judy Garland.

The former child star, one of the last surviving talents from Hollywood’s golden era, worked alongside the fellow actress in the 1944 musical “Meet Me in St. Louis.” O’Brien earned a special Juvenile Academy Award for outstanding child actress of 1944.

“I was very fortunate to have a mother that spoke up to [studio head] Louis B. Mayer,” the 84-year-old told Page Six on Thursday. “I think Judy’s mother was afraid to speak up and didn’t really speak as she should have for Judy.”

“I’m not saying anything out of turn because Judy mentioned that about her mother,” O’Brien added. 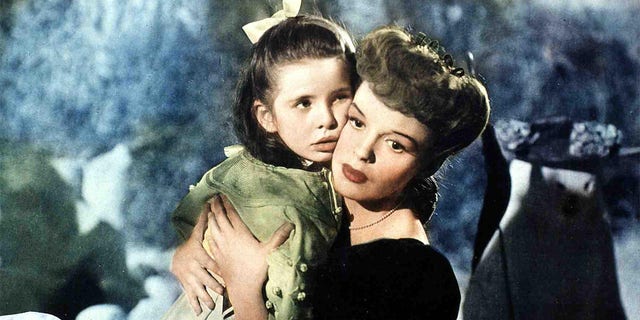 Judy Garland originally didn’t want to sing ‘Have Yourself a Merry Little Christmas’ to Margaret O’Brien in ‘Meet Me in St. Louis’ because she thought the lyrics were too depressing.
(Getty Images)

O’Brien reflected how her time growing up in Hollywood was different from “The Wizard of Oz” star, who was targeted by studio executives over her weight. Garland was forced to take amphetamines and barbiturates as she worked grueling hours on set.

“When I came to the studio, that was all taken away,” O’Brien explained. “The school teachers were on the lot. There were no pills, no diet pills, or anything like that when I came in. Unfortunately, just before that, they didn’t know how bad diet pills would be for you.”

Garland, who struggled with drug addiction and alcoholism, passed away in 1969 at age 47 from an accidental overdose.

“I never had any issues,” O’Brien told the outlet. “My mother was very pretty, she had a Dolores Del Rio look. Louis B. Mayer loved that kind of look, he was trying to be very nice because my mother was very pretty. In fact, he did ask her to marry him one time, but she said, ‘Absolutely not! You are not my type.’ 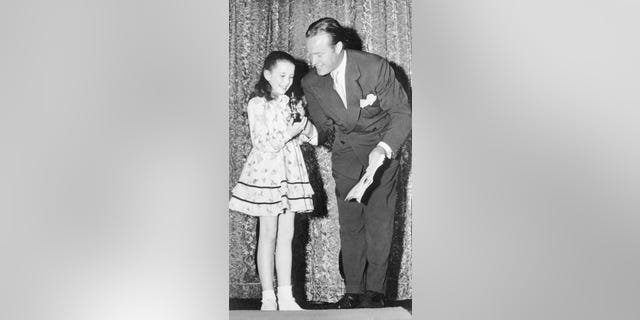 Bob Hope presents Margaret O’Brien with the Academy’s first ‘Oscarette’ for best performance of a child actress in 1944.
(Getty Images)

“She could speak up and he would listen to her,” O’Brien continued. “She was almost like a suffragette in the ’40s. She was ambitious but not overly ambitious. If I didn’t want to do something she would go to Mr. Mayer and say, ‘My child has worked hard, I’m not taking her to that.’ She was very conscientious but very aware that I should have enjoyment in my childhood.”

Back in March, O’Brien spoke to Fox News about how she instantly connected with Garland on set.

“Oh, she was so wonderful!” O’Brien gushed. “She really was. She was just wonderful with children. She was childlike herself. She loved to jump rope on set with the other children. She always was making me laugh. I just loved her.”

O’Brien revealed that “Meet Me in St. Louis” held a special place in Garland’s heart. 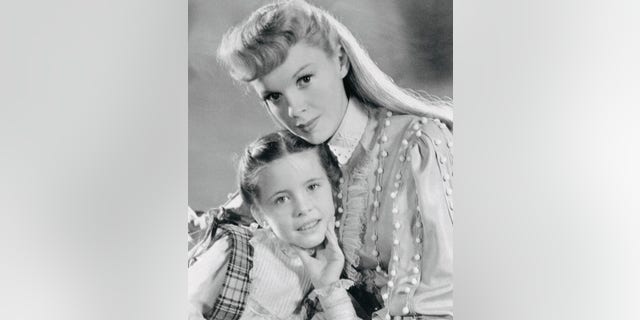 “There was a romance with [director] Vicente Minelli,” she said. “And from their romance came Liza Minnelli. So of course, the film held wonderful memories for Judy. Vincente was a very kind director who was easy to work with. He made sure that the studio didn’t overwork Judy and that she had reasonable hours.”

“Unfortunately, other directors overworked Judy,” she shared. “But he protected her. And he made sure that we had a happy, calm set with good hours. And he made sure Judy got plenty of rest. She was always very happy on set. I never saw her sad or nervous or anything like that while filming. It was a positive experience for all of us.”

O’Brien said she and Garland kept in touch over the years.

“The last time I spoke to her was at a big Hollywood dinner,” said O’Brien. “She saw me, came over and said, ‘Oh, hello Margaret! How are you?’ Every time we saw each other, it’s as if we hadn’t been apart. I’m now very good friends with her children, especially her son. They all turned out to be very sweet, wonderful people. You can just tell how much those children love their mother. I certainly loved her and I just worked with her. She was a truly special person. And I never forgot her.”