Home » Beauty and Fashion » ‘World’s most identical twins’ who share a boyfriend and sleep in one, giant bed wear matching outfits for Christmas Day

THE 'world’s most identical twins' have stunned fans after sharing a snap of themselves posing up a storm in matching outfits on Christmas Day.

Anna and Lucy Decinque, from Australia, shared a series of snaps over the festive period, choosing a black-and-white floral dress for the big day. 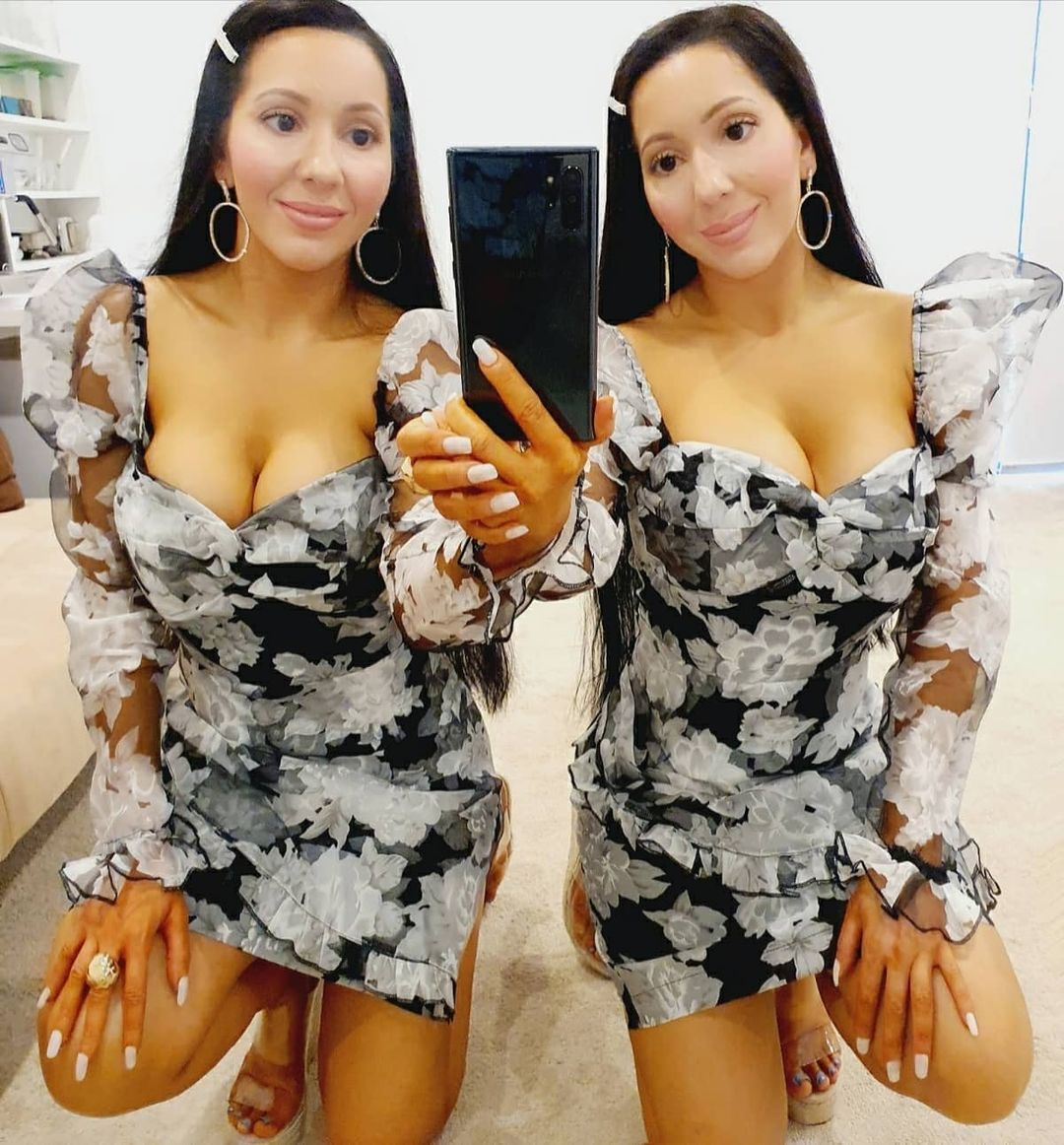 The sisters, 34, shared two snaps online showing off their long-sleeved outfit, which they accessorised with hoop earrings and a single silver hair slider.

Both women kept their make-up neutral, as well as their nails, choosing open-toed wedges for their summery Christmas down under.

The twins uploaded their snaps to Instagram – in their signature pose where they both hold the camera – saying: “Merry Christmas Everyone.

“Love From The Twins. Love and Joy.” 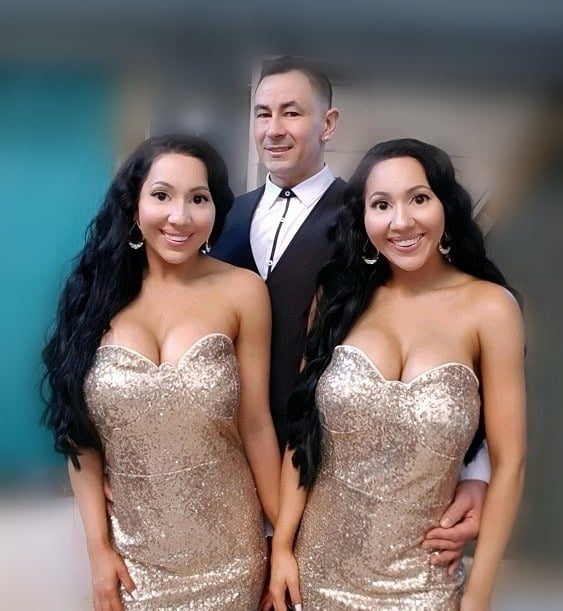 Their snaps racked up hundreds of likes as fans complimented their look, with one person saying: “Merry Christmas gorgeous girls!! Looking stunning.”

The twins share every detail in their life, including their plastic surgery, with both women getting identical lip fillers, breast implants, laser treatments, microdermabrasion and intensive pulsed light (IPL) hair removal.

And they even share their boyfriend, with both Anna and Lucy dating the same man, Ben Byrne, with the trio sharing a supersized bed at night.

Lucy explains the set-up works for them, with Ben treating them ‘equally’. 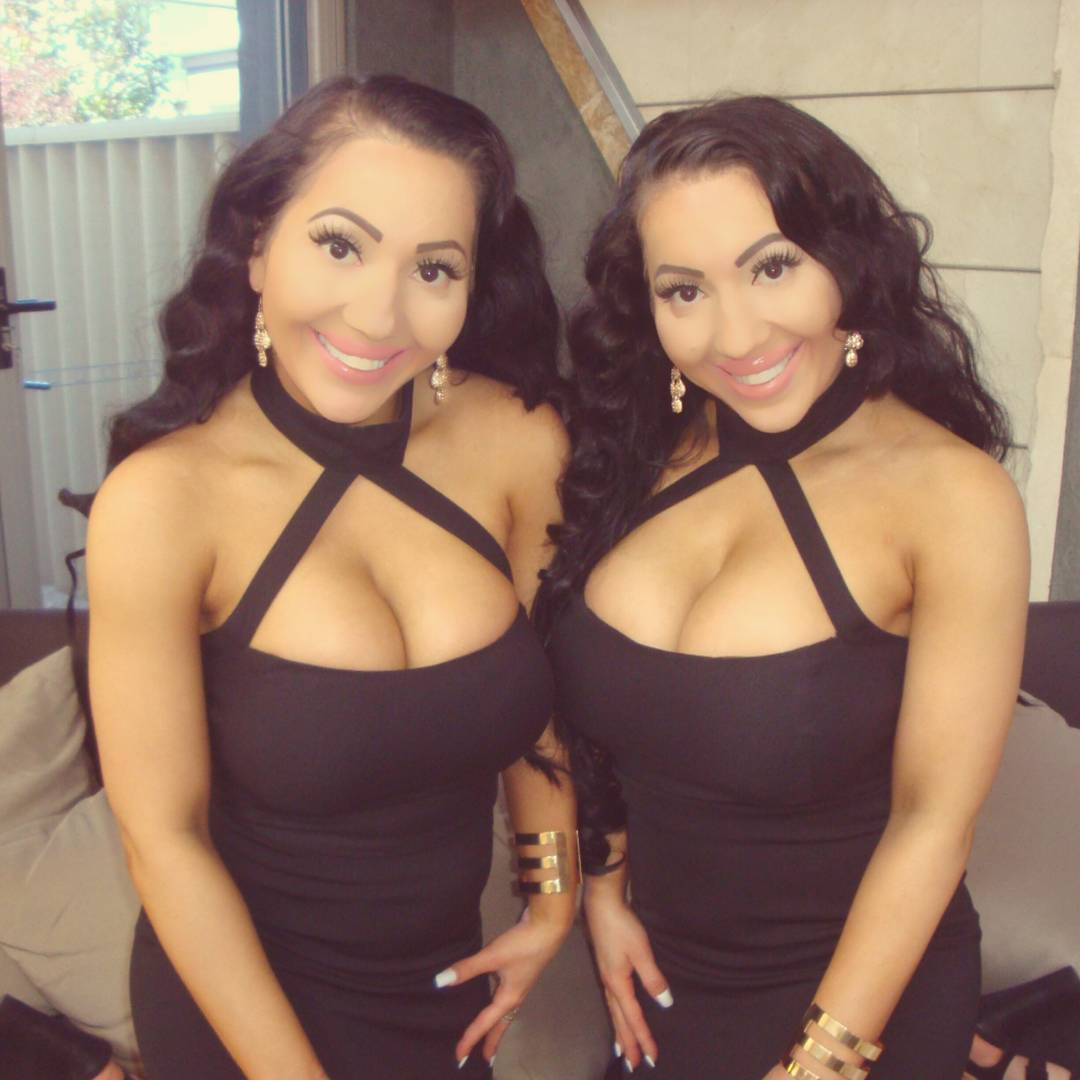 She previously said: “The first night we met Ben we kissed him, the both of us so we thought where can this go.

“In the past we had separate boyfriends but they didn’t understand our bond. Ben understands us and accepts us for who we are.

“Ben treats us equally and it’s been equal from day one. There’s no jealousy whatsoever.

“He gets double the love, double the attention so he’s never complaining. Twinning and winning.” 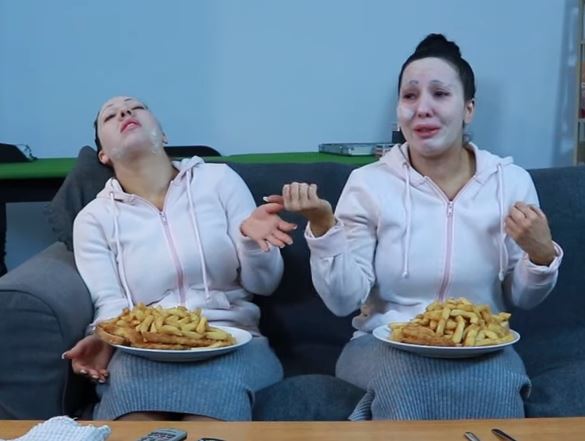 While the twins have dated different men before, they say sharing a boyfriend works perfectly for them.

"We're with each other 24/7, me and my sister; it's just easier to share a boyfriend because we're always together,” they said.

The trio are now planning on taking their relationship to the next level – and are planning on starting a family.

Anna and Lucy said they plan to use IVF to ensure they get pregnant at the same time.

Dismissing the negative comments they’ve received, Lucy said: "It's not really weird to us. 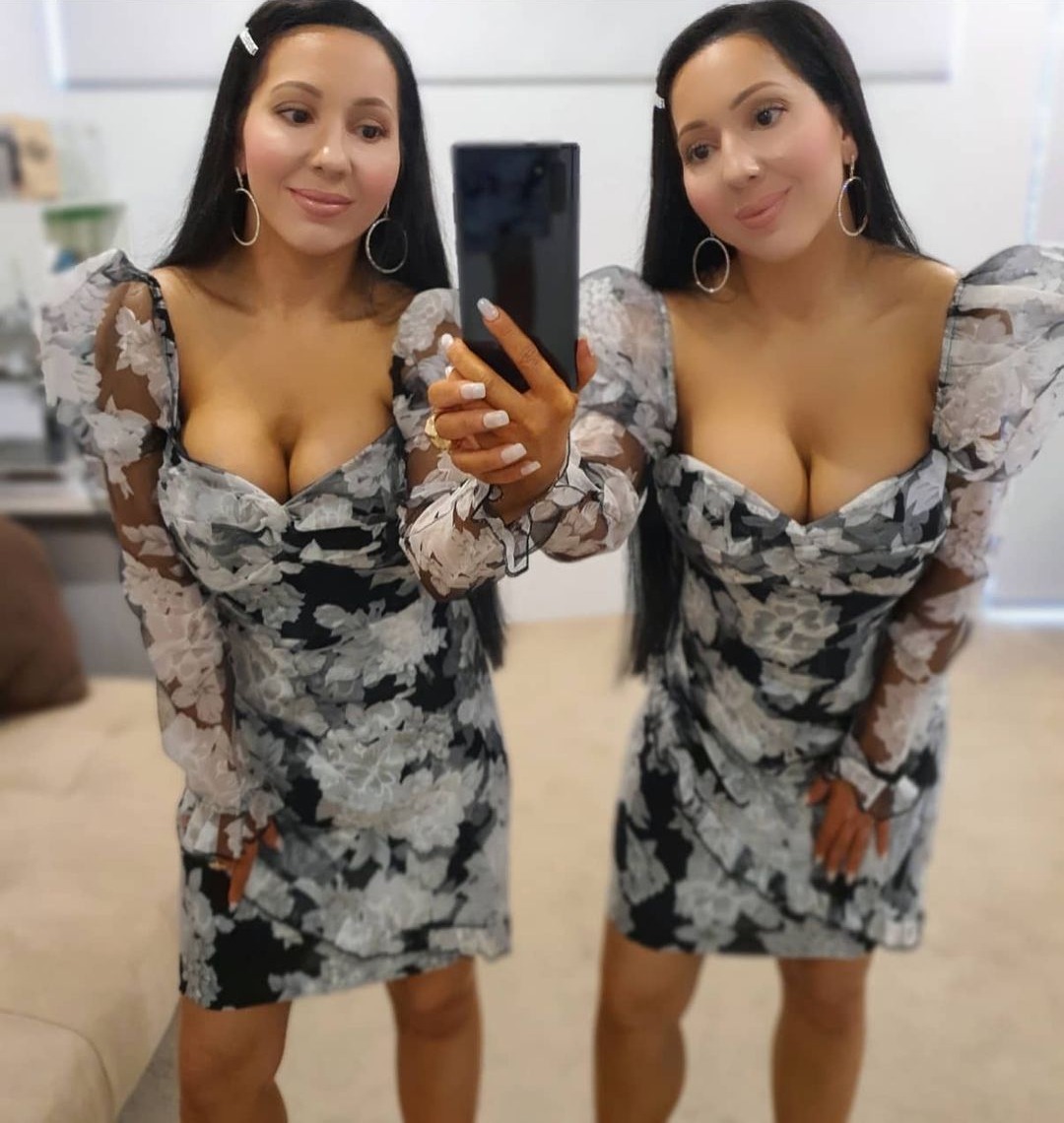 “We have one boyfriend and all three of us share the same bed.

"For guys, in their hearts and dreams, they want two girlfriends.

"We have the same taste in everything, so obviously we're going to like the same boy too…

"If I got pregnant Lucy would definitely get pregnant straight away – because our bodies need to be the same.

"We would try to make that happen, definitely.” 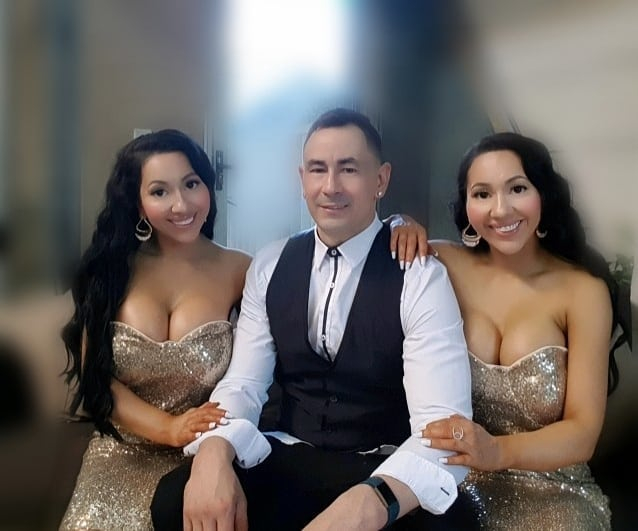 The girls, who say they exercise for hours a day, revealed Lucy nearly died earlier this year after a botched anti-aging procedure.

She allegedly died while in a cryo chamber where users are treated to temperatures as low as -160C.

"I've never gotten over this," Anna said, crying. "I remember seeing Lucy on the floor, unconscious." 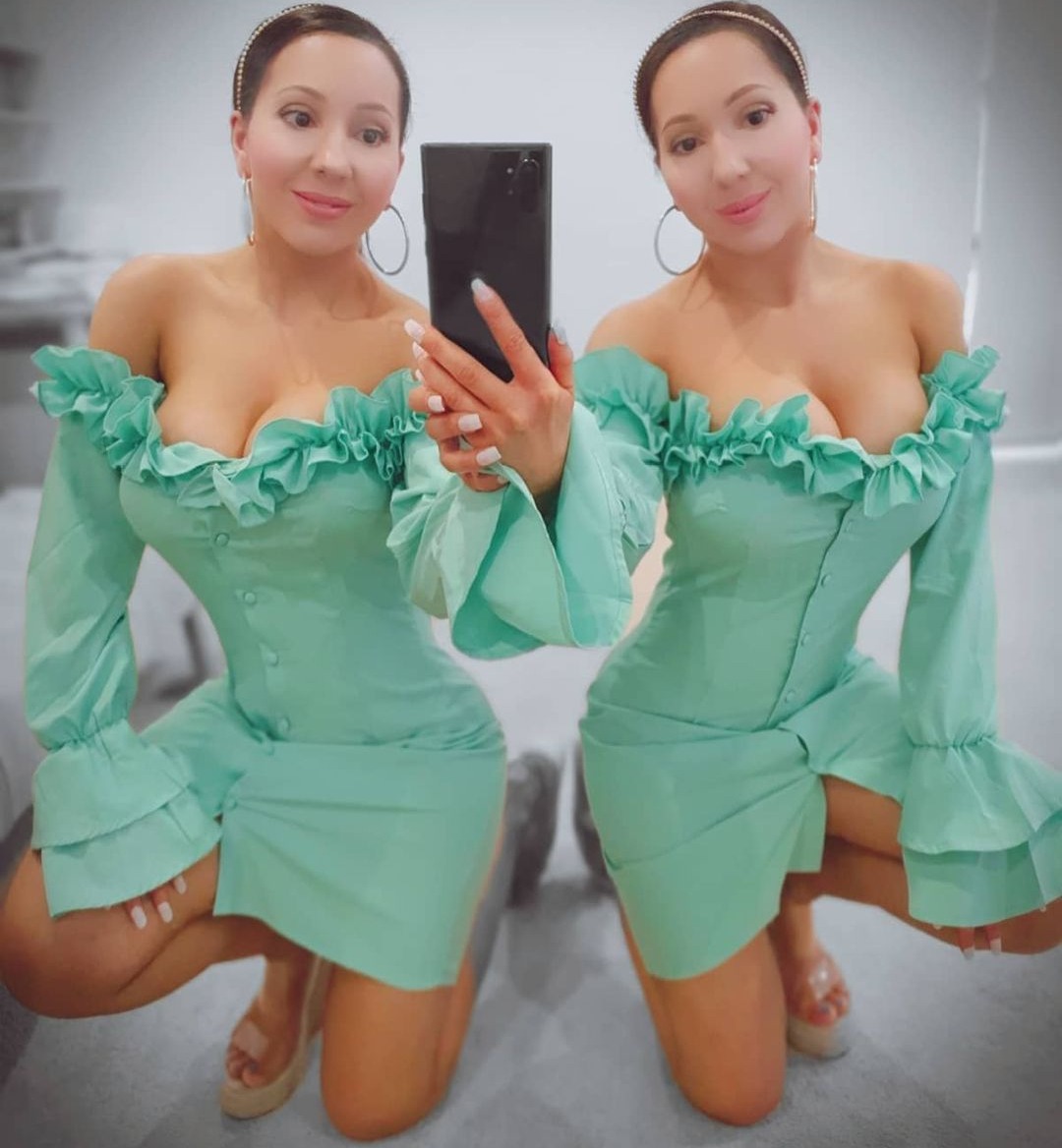 The girls also follow a strict diet – and only eat once a day – but they acknowledged it’s not suitable for everyone.

Lucy admitted: “We only eat once a day, we know that's bad. 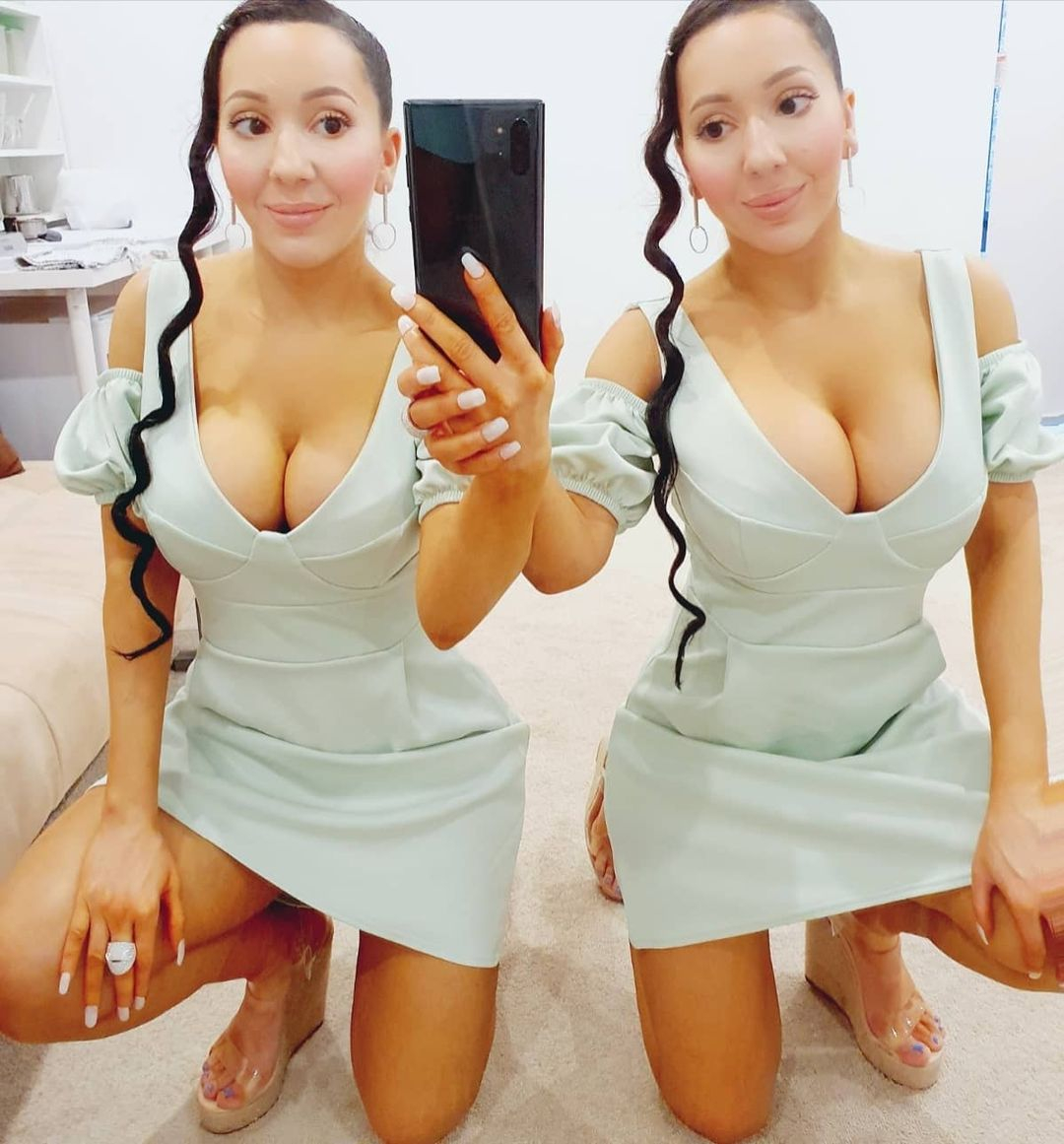 "We exercise too much. We are addicted to exercise. The scary excessive kind.

And a millionaire Brit dad reveals daughter, 21, spent £33k on Christmas presents – but then couldn’t be bothered to wrap them.

Plus a man who thought his nan got him a PS5 brands her an ‘a**hole’ as he finds out the truth & people think it’s hilarious.

In other news Christine McGuinness, Amanda Holden and Emily Atack dress as Sexy Santas as stars get into the festive spirit. 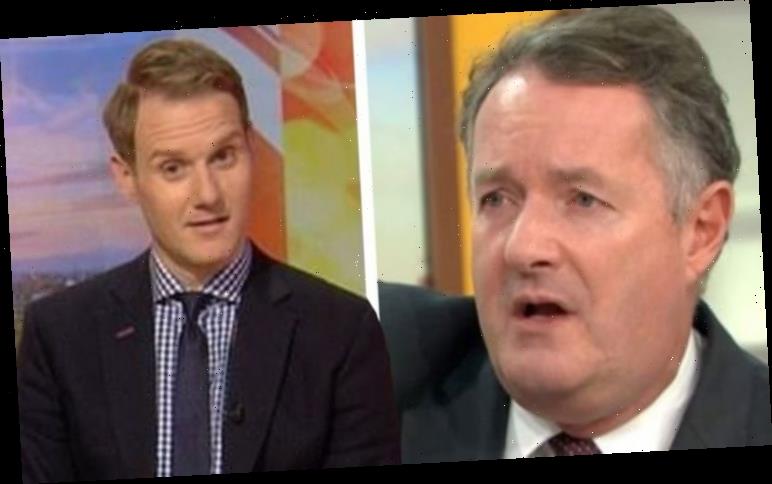