Home » Women are devious, I have zero faith in them – I’ve been single for six years after being cheated on twice

WHEN it comes to the subject of cheating, TV extra Luke King says there are double standards for men and women.

Last month, writer Rachel Foster told Fab Daily that her affair was better than Botox — making her look and feel a decade younger. 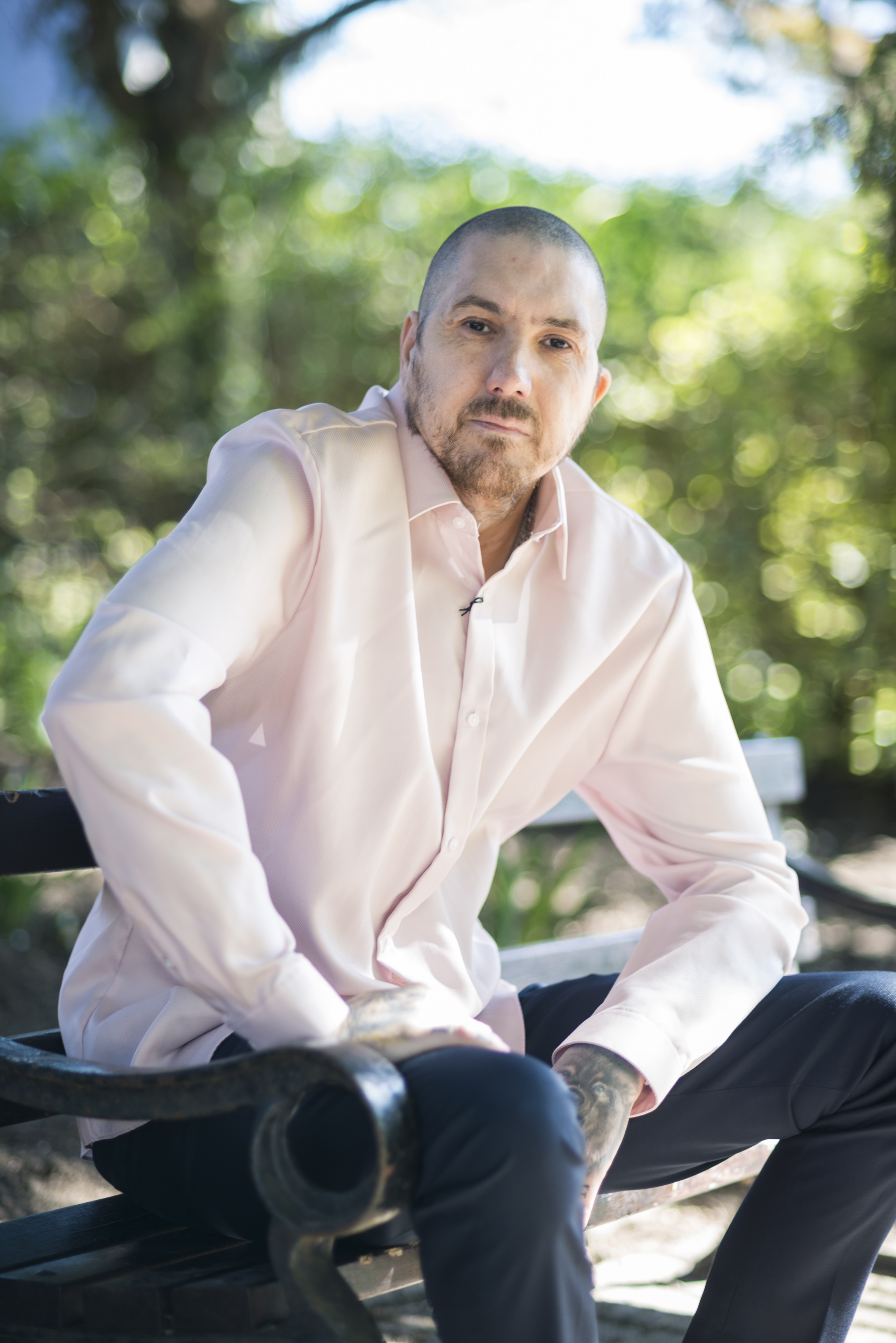 But would a man get away with talking about cheating on a loved one like that?

He has been cheated on twice and says the pain has put him off women for life.

He explains: “I have zero faith in women.

All hope I had of finding a loving, monogamous relationship has vanished thanks to the two women who decided to cheat behind my back.

“If a man cheats, he is branded a home-wrecker or a narcissist.

“But if a woman strays, it’s a slap on the wrist — and she usually gets away with her reputation still intact.

“Why is it that when it comes to having an affair, it feels like one rule for men and another one entirely for the opposite sex?

“Believe me ladies, it hurts just as much for guys, too. 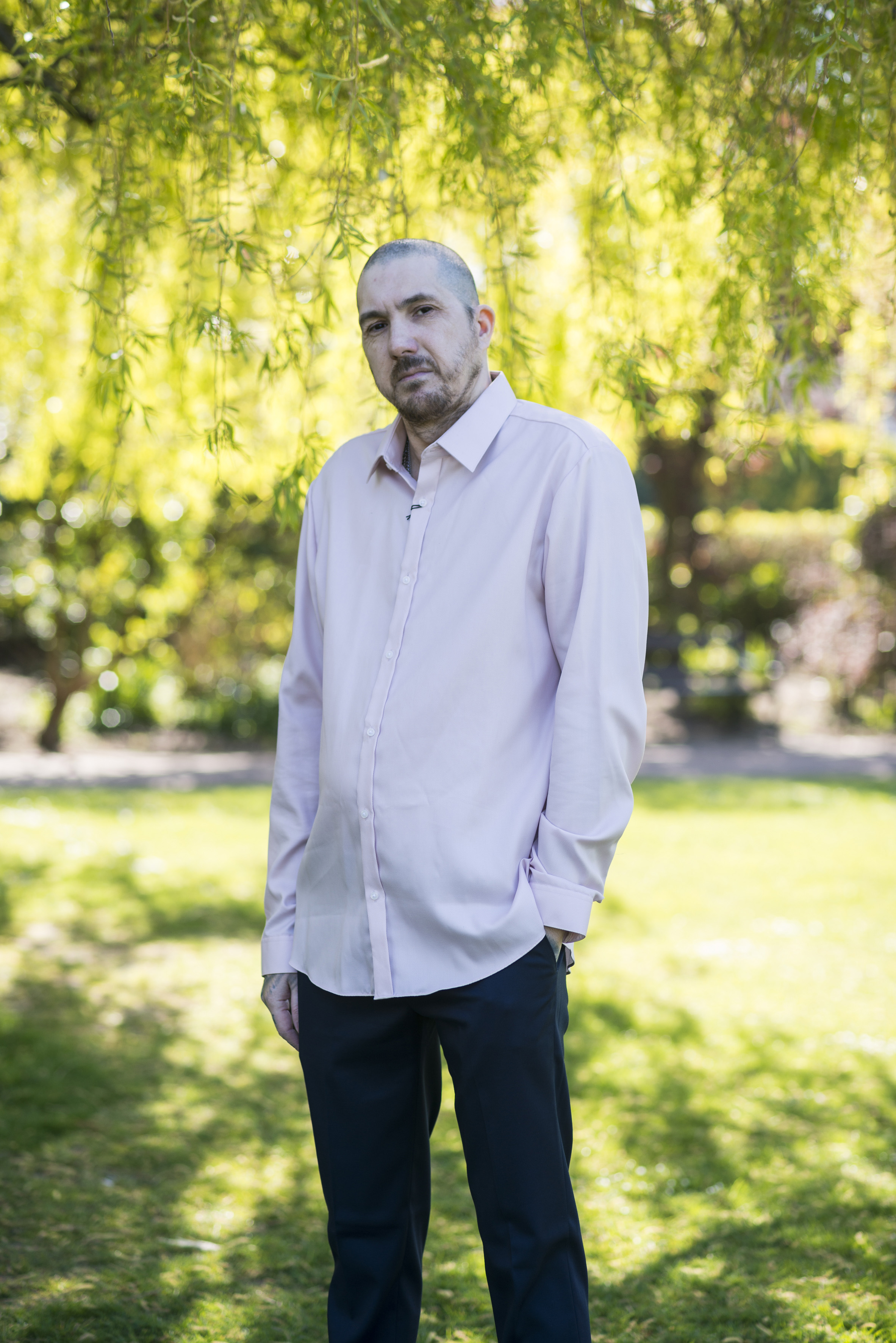 In my twenties, I was a magnet for older women and at 25, I started a relationship with Sally* who was 20 years older.

“We met through mutual friends and the sex was amazing.

“Being older and more experienced, she knew exactly what to do in bed and taught me a thing or two.

“I was besotted with Sally and she wanted to rediscover her youth with me, insisting we held hands when we were out.

“After three months we moved in together and after a year I proposed one evening at home.

“I thought I had found The One.

“Two years into the relationship, a summer job came up as a head waiter at a holiday camp about 100 miles away.

“We both wanted to live by the sea some day so Sally agreed that I should take it, even though it meant living apart for six months.

"I had trust in Sally and felt confident our relationship was strong enough to stand the distance.”

But Luke, from Littlehampton, West Sussex, adds: “She came to visit and we talked on the phone every day.

“Having sex in my chalet a long way from home was spontaneous and exciting.

“Sally told me how much she loved me and when the job ended and we went back to living together full-time, I was met with open arms.

“Then, on a night out with friends two weeks later, came a bombshell.

“One asked if I was single because he had seen my fiancée with another man.

“It was an open secret that Sally was seeing someone else who was the same age as her.

“The betrayal hit me hard, so I packed my stuff and left without giving her a chance to explain.

"It was my first serious relationship and I was heartbroken.

“I didn’t see the point in confronting her because the damage was already done.

“Over the following days, Sally did try calling and texting, but I just wasn’t interested. I took the view that once a cheat, always a cheat.

“I threw myself into work because the thought of starting a new relationship filled me with dread.

“During that time, I decided to stop dating completely and it was eight years before I felt ready to put my trust back in women.

“The sex was fantastic, and we loved eating out in restaurants and going hiking together.

“I had put my relationship with Sally behind me and felt ready to trust again.

“Then Charlotte suddenly began spending hours on her hair and make-up.

“When I asked why, she insisted it was innocent.

“If she went to fill up her car with petrol or took a trip to the shops, she would stay out for hours.

“With hindsight, I should have seen the warning signs.

“It was six months before I discovered she was having a fling with the very friend who introduced us in the first place.

“When I confronted her about my suspicions and she confessed she was having an affair, I thought she was joking.

“She admitted she didn’t love me — it felt like a cruel case of history repeating itself.

“To be cheated on once is bad luck but to have been on the receiving end twice has put me off women for life. I doubt I will ever trust someone wholeheartedly again.

“My split with Charlotte was six years ago and I have been single ever since — just how I like it.

“I refuse to put my all into a relationship and be let down time and again.

“Not every woman can be tarred with the same adulterous brush but some are as devious, if not more so, than men.”

Luke, adds: “I haven’t had an affair and never would because I have the utmost respect for women. If only all women had the same moral compass.

"Why should they get off lightly? If a bloke cheats, there is hell to pay — there is no place for double standards.

SEX and relationships expert Kate Taylor reveals some of the cheating red flags which could mean your partner is being unfaithful:

THEY PICK FIGHTS; Guilt makes cheats angry. But rather than blame themselves, they’ll look for reasons why it was all your fault.
So they’ll find fault with everything you do and even rewrite history so you were always unlovable.

SEX IS DIFFERENT: Infidelity either leads to much more, or much less sex. Cheats can be so turned on with the thought of their other partner that their sex drive goes through the roof. Or they’ll be so stressed and preoccupied that they lose interest.

THEY TAKE MORE PRIDE IN THEIR APPEARANCE: A new interest in clothes, healthy eating and exercise could mean your partner is keen to impress someone new. In particular look out for fancy underwear or personal grooming – they could be hoping to get naked in front of somebody else.

FRIENDS SEEM EDGY: The betrayed partner is usually the last to know. If your partner’s friends, colleagues and family start to distance themselves from you, avoid conversations or seem awkward, they might be trying not to let anything slip.

THEY GUARD DEVICES: Cheaters tend to use their phones and computers more frequently, and password-protect everything so you can’t snoop. Or they’ll buy a second phone which they keep at work or in their car.

THEY ACT YOUNGER: Infidelity can give cheaters a rush of excitement that shows itself as them acting rashly, impulsively, or just much younger than their years. Also look out for sudden new hobbies or tastes that seem to come out of nowhere – they could be things they’ve learned from the other person.

“I cut ties with both exes and feel so pained by what happened I’ve destroyed every photo we had taken together.

“Being single in lockdown hasn’t been easy but I would still sooner be alone than risk being hurt for a third time.

“Those women who say affairs make them feel younger, healthier or sexier should think twice about the consequences. Fellas have feelings, too.”