Sophie, Countess of Wessex, has been in central Africa this week, where she began her trip in the Democratic Republic of Congo, becoming the first British royal to visit the country. Today, October 5, the Countess was in the capital of Rwanda, Kigali, where she joined Lord Ahmad of Wimbledon, Minister of State for the Middle East, South Asia, and the UN to meet with the Minister of State Professor Nshuti Manasseh.

For the occasion, Sophie wore a blue floral dress and a mathing navy blue blazer.

The dress was a dark blue but covered in peach, light blue, and turquoise flowers. This is the same pattern as a dress by British brand Soler London that Sophie has worn on numerous occasions in the past.

Costing £765, the Countess donned the dress most recently in April earlier this year for the Royal Family’s Easter Sunday service at St George’s Chapel in Windsor.

The dress was exactly the same as the one she was seen wearing today, but had a higher neckline. The version of the dress this afternoon had a v-neckline from what could be seen underneath Sophie’s blazer.

The dress was slightly cinched at the waist and its pleated skirt flowed to Sophie’s shins.

Sophie’s blazer was a simple, navy blue piece that was slightly oversized.

The Countess conpleted the look with a pair of navy blue espadrilles, which she has worn many times in the past.

These were the Stuart Weitzman Jean Wedges in blue.

Although the patent blue leather and cork wedges are no longer in stock, similar wedges can be purchased on the website for up to £375.

As for accessories, Sophie opted for small dangling earrings and her Halcyon Days beaded bracelet, which she has been seen wearing all week during her trip in the Congo and Rwanda.

Her blonde hair was ironed straight and she wore her usual beauty look of a slick of lipgloss and a little eyeshadow. 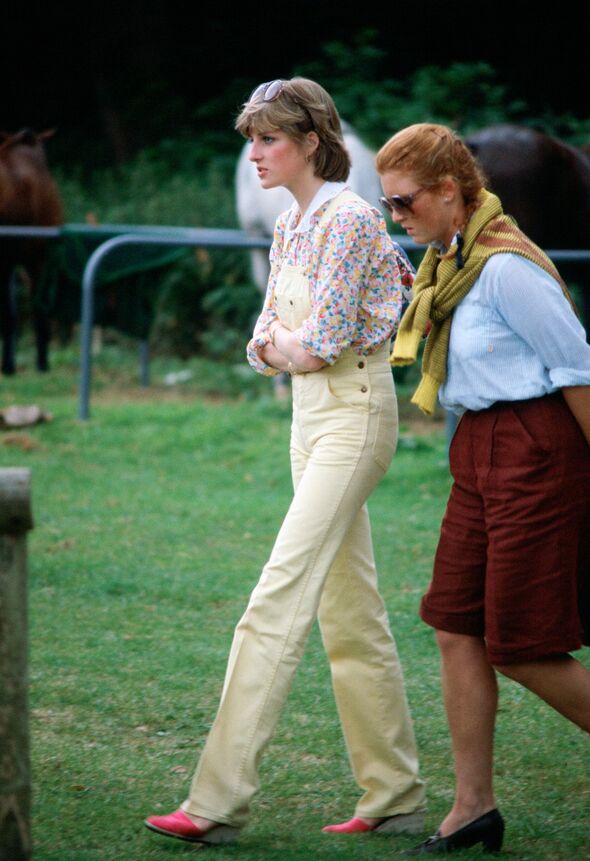 Although royal fans have previously criticised Sophie’s espadrilles – which she wore during her time in St Lucia back in April this year, the wedges were a fitting choice for Rwanda’s hot weather.

Many royals have been seen wearing espadrilles, especially in summer, making them a popular option for warmer climates.

Fashion expert and celebrity stylist Samantha Harman previously told Express.co.uk that Princess Diana started the trend for royals wearing espadrilles back in the 1980s. The late Princess was spotted wearing a pink pair in 1981, weeks before she wed Prince Charles.

“As with so many trends, where Diana went the world followed,” Samantha said. “She is probably the first example of a royal wearing espadrilles in public.” 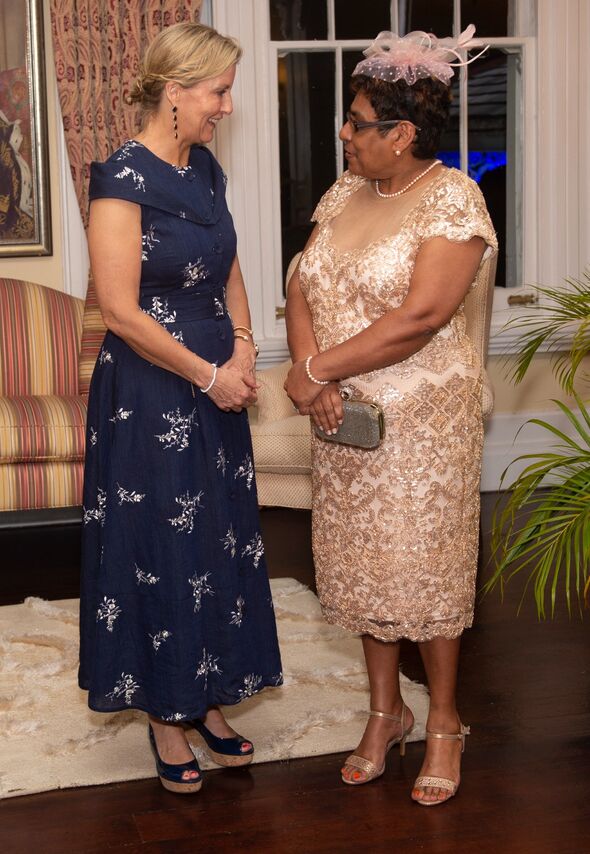 User @gabriel_gibson_decorative_arts said: “I really don’tt like the shoes, but the rest is ok. She’s a pretty woman but needs a better stylist.”

Another fan, @cecebe84 added: “I love everything from the ankles up.”