Meghan, Duchess of Sussex and Prince Harry have been seen out and about over the past few days as they undertake their final engagements as senior royals. Come March 31, the couple will be rescinding their HRH titles and stepping back from their royal positions.

The pair have been spotted attending church with the Queen, at the Endeavour Fund Awards on Thursday and also at the Mountbatten Festival of Music.

Meghan also undertook an engagement on her own, visiting the London’s National Theatre on Thursday.

The Duchess is a royal patron for the National Theatre, after taking over the role from Queen Elizabeth II in January 2019.

While at the National Theatre, Meghan got the chance to see emerging technology, like virtual reality and how it is used to explore new forms of storytelling.

Read More: Royal honour: Touching Instagram tribute THIS royal made to the Queen 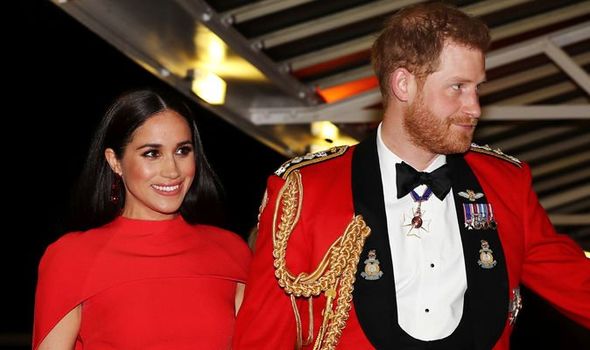 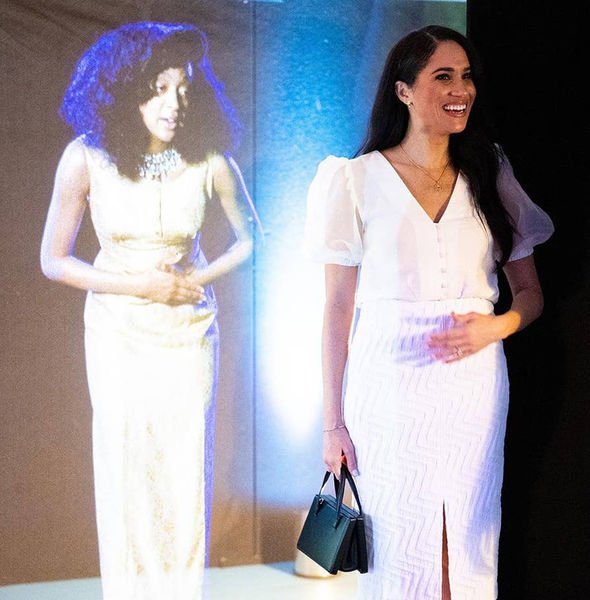 Many were quick to praise her outfit for the visit, as she wore a white V-neck white blouse with organza puff from Topshop.

She paired the blouse with a long white zig-zag patterned skirt with a front slit.

One key item Meghan wore has also drawn attention for being a touching tribute to her family.

Meghan wore a gold pendant necklace with a sweet inscription. 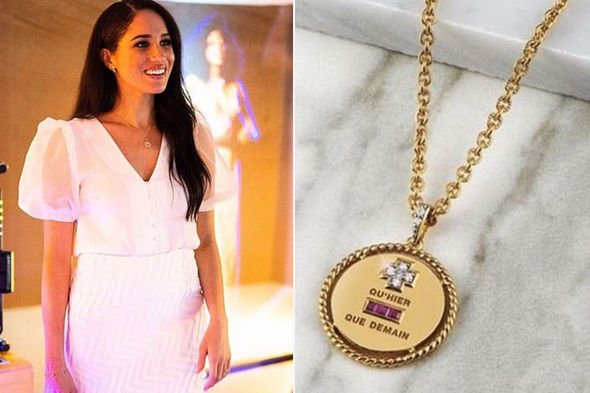 The necklace is by designer Sophie Lis and is named the Love Pendant (Gold Surround). It retails for £280.

The gold pendant features the words: “Qui’hier Que Demain,” which loosely translates to: “Every day I love you more, more than yesterday, less than tomorrow.”

Designer Sophie Lis said of the necklace: “This pendant is inspired by an extract taken from the poem ‘The Eternal Song’ by 19th-century French poet Rosemonde Gerard.”

This could be a tribute to husband Prince Harry at a time of transition in the couple’s lives as they step down from their royal lives.

But the necklace could also be an adorable nod to 10-month-old son Archie, who has remained in Canada during the couple’s visit to the UK.

This is not the first time Meghan has worn jewellery which has a sentimental nod to her family.

When Meghan attended a Vancouver Women’s shelter in January, she was pictured wearing a gold necklace which had the word ‘Virgo’ etched into the pendant.

This necklace design is an adorable tribute to husband Prince Harry – as Harry’s birthday on September 15 makes his star sign a Virgo. 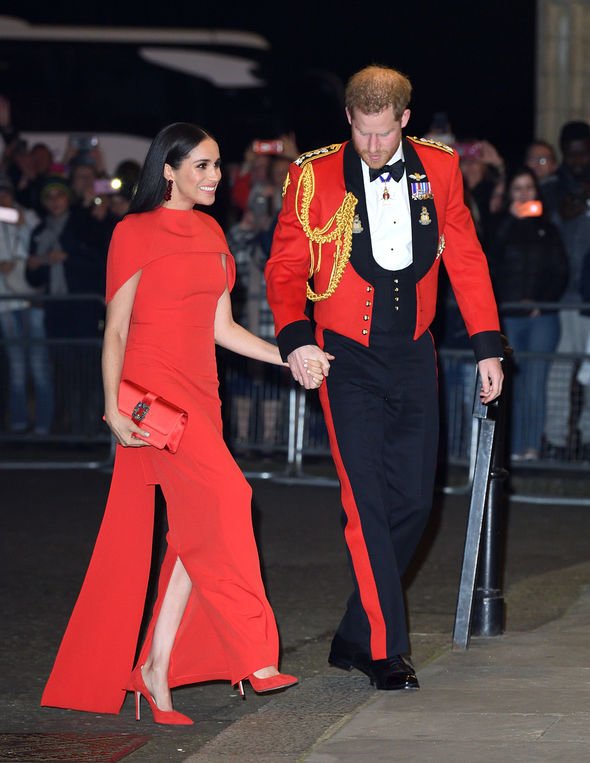 Meghan’s necklace is from personalised jewellery company Suetables and costs £110.

She also has two golden dog tags which are engraved with the letters ‘H’ for Harry and ‘A’ for Archie.

The design also featured a diamond stud on each of the pendants.

Meghan wore the adorable necklace at the US Open in 2019, made by Mini Mini designs.

Again representing her then newborn son Archie in June 2019, Meghan wore a silver necklace which featured a letter ‘A’ pendant.

This design was by Jennifer Meyer and retails for £278.

The next time we will see Prince Harry and Meghan will be during the Commonwealth Day service on Monday, March 9.

The couple will stand alongside senior royals as they attend the ceremony at Westminster Abbey, in what is their final royal engagement.