A WOMAN has shared snaps of the pus-filled sores left on her chin after she kissed a man with stubble.

TikTok user Hannah shared a video of the painful looking mark left under her mouth after her passionate encounter with the bearded bloke. 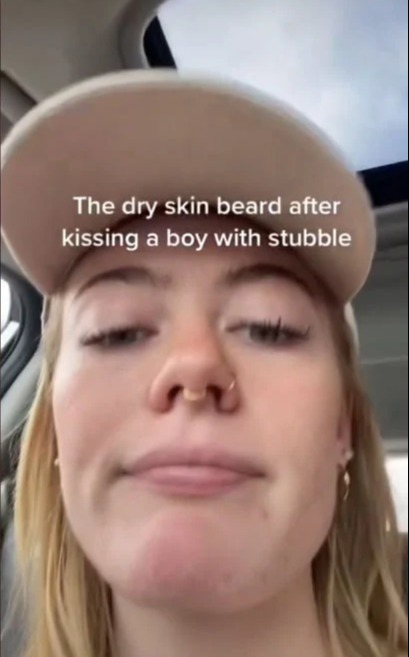 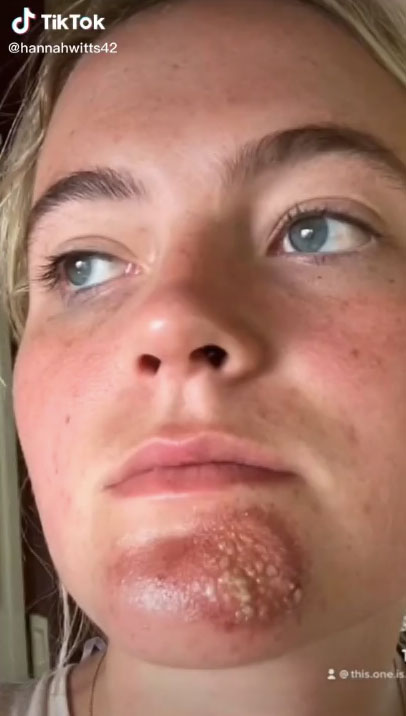 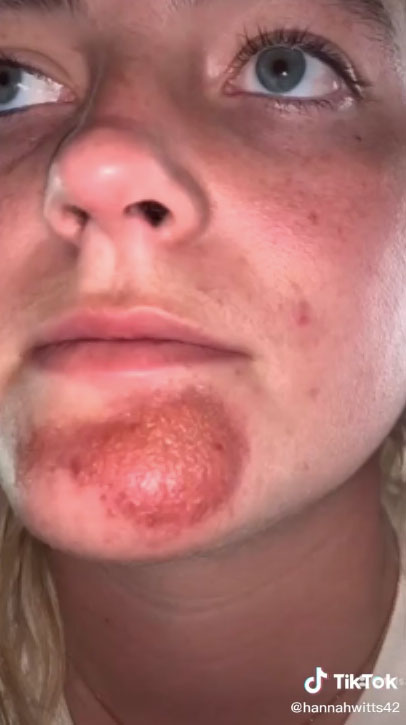 Hannah admitted that the stubble had initially caused a beard-rash and dry skin on her chin but it quickly developed leaving her with dozens of oozing sores.

The photos suggest that Hannah was eventually forced to seek medical assistance as she shared a selfie of her chin wrapped in bandages.

However, it seems that Hannah’s rash has since completely cleared up, sharing a video of her spotless chin at the end of the TikTok.

The video has since gone viral amassing almost 9 million views and thousands of comments from people left horrified by her reaction.

Many believed that she had contracted what is known as a staph infection, the result of getting bacteria into the bloodstream, which could have been the result of the stubble brushing against her skin – enough to put several viewers off men for life.

“I hope you never kissed that dirty dude ever again and told him to wash his face,” wrote another.

A third added: “This made me never want to speak to a man again.” 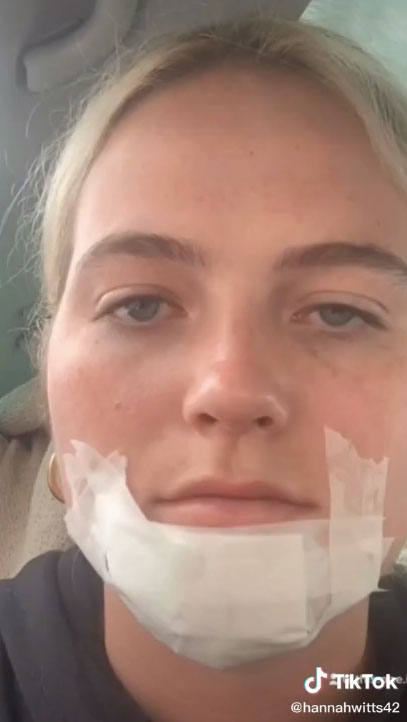 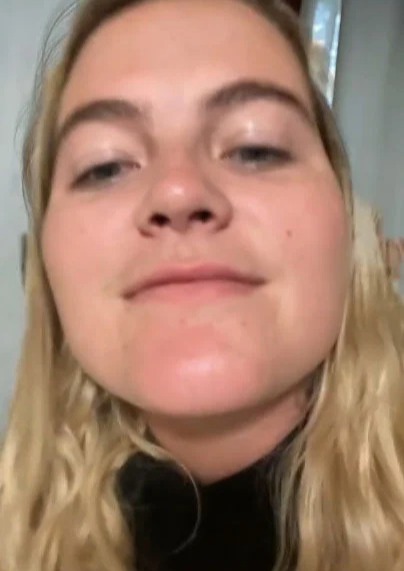 In other relationship news, check this woman who caught her best friend cheating with her husband on a hidden camera

And, one man who left a passive aggressive note for the person his wife was cheating on him with