A MUM who dumped her husband for a 'pole dancer' she met on an online game has now married him in real life. 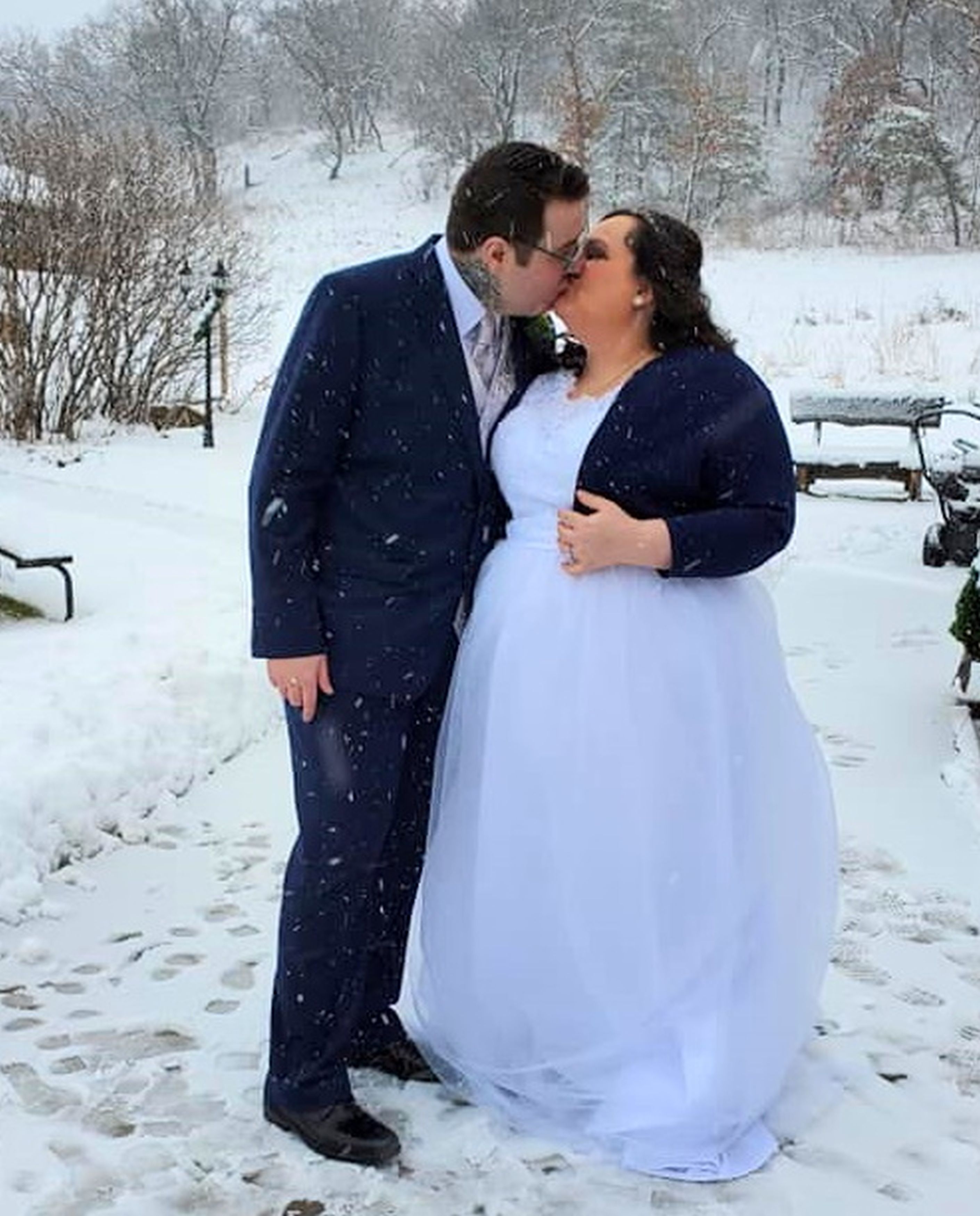 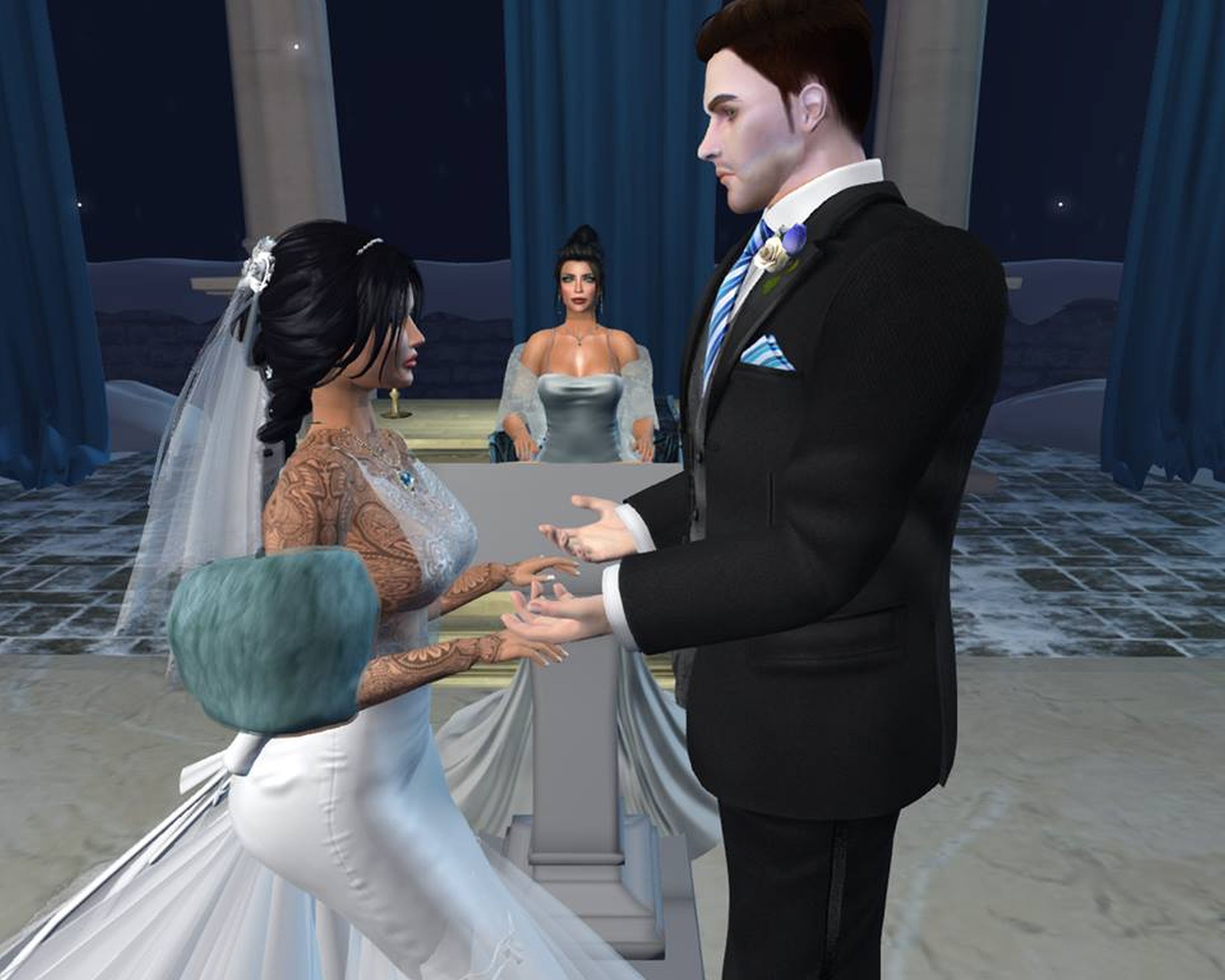 Nick, 30, from Winconsin, US, and Kelly's characters went onto marry and have a child on the game – and got hitched in real life three years later, in December 2019.

Mum-of-four Kelly, from Aylesham, has fibromyalgia, ME and non-epileptic attack disorder. She is unable to work and used the game to escape from real life.

She told the Sunday Mirror: "It feels like a fairytale – to meet someone 4,000 miles away and have that strong connection. When I first saw him I felt like my soul had found its mate – my missing piece. It’s a perfect story with a perfect ending."

Kelly's character Selena embodied the traits she wished she had – a beautiful rock chick working in a nightclub. 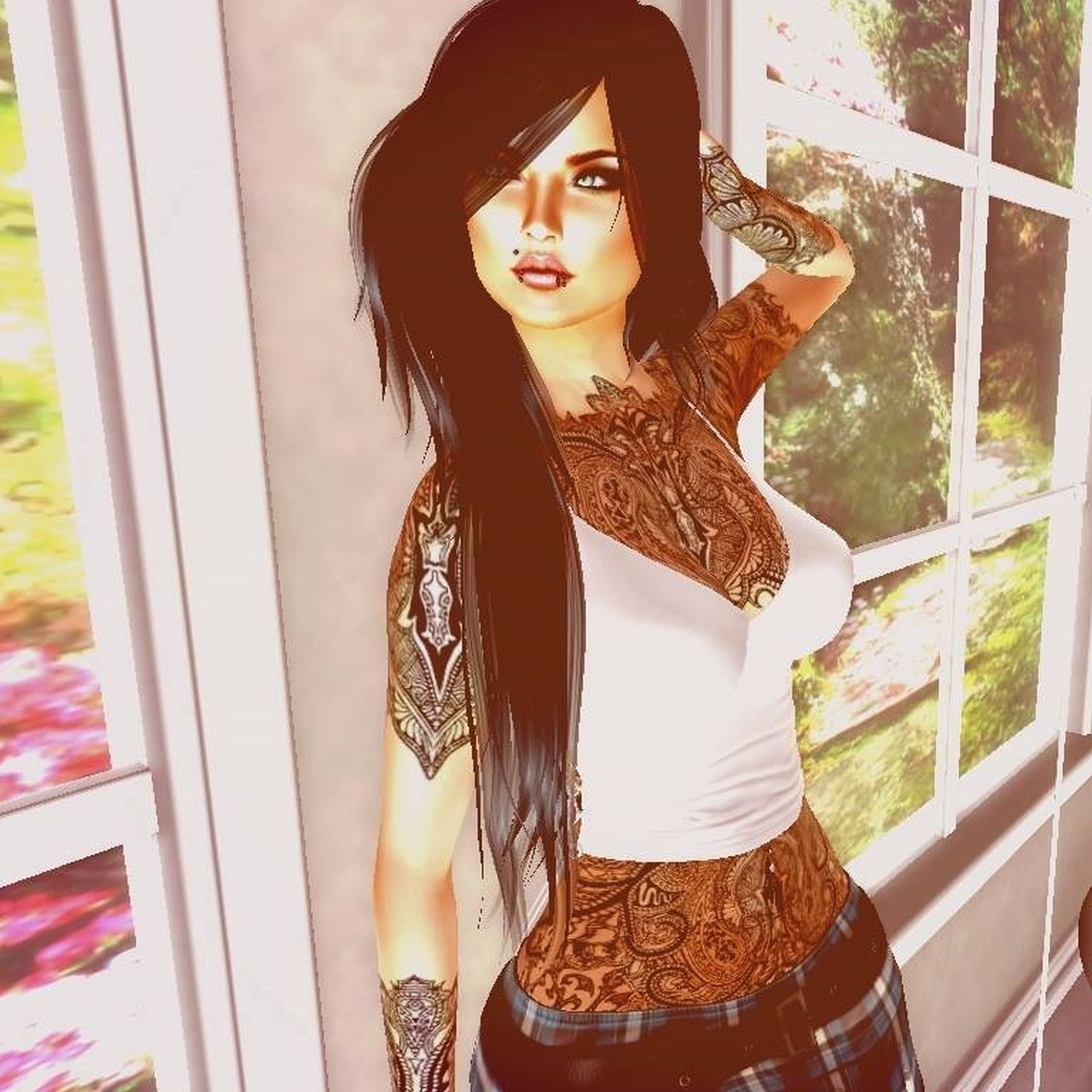 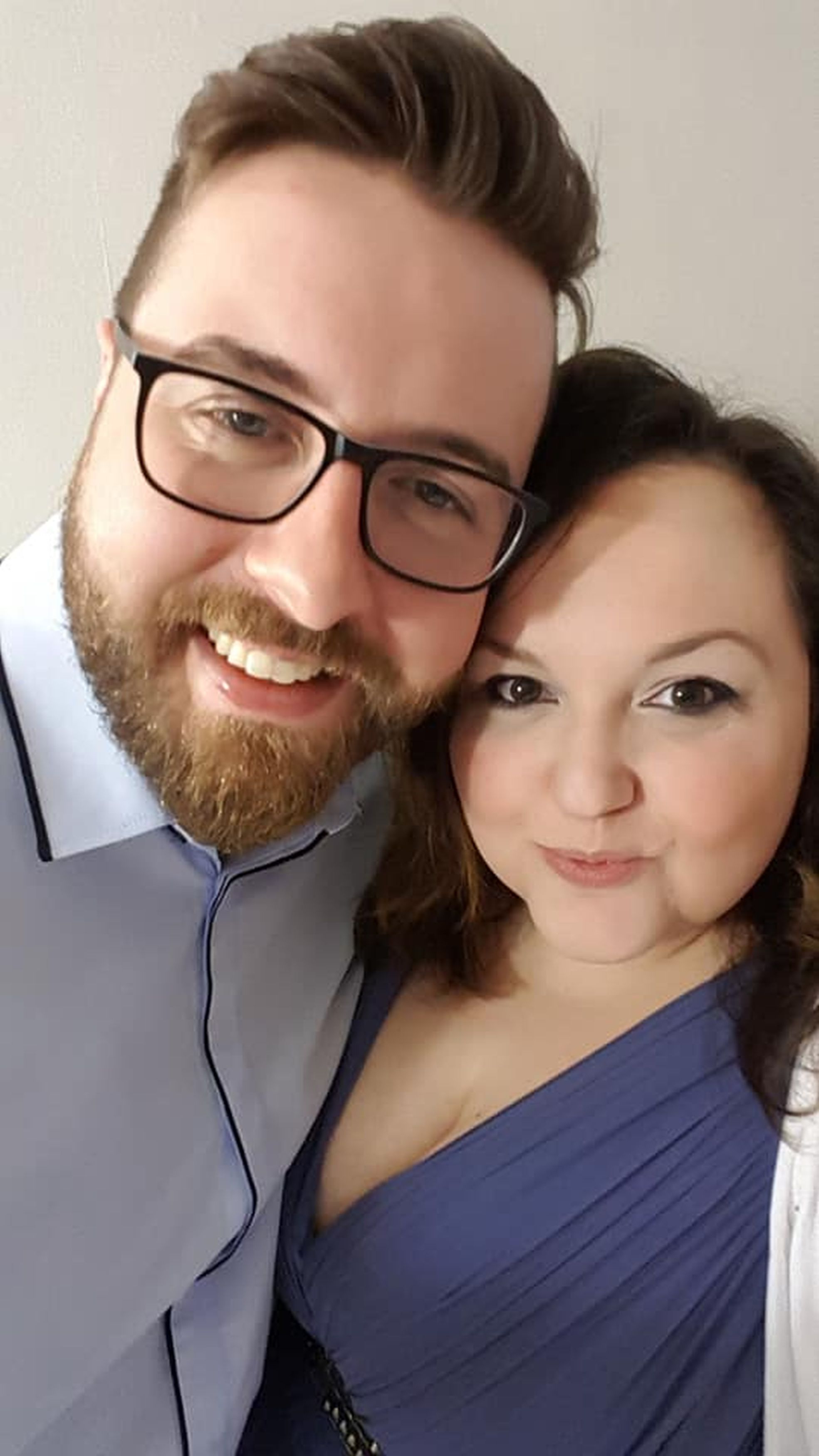 That's where she met now-husband Nick, whose character Staticmuse performed a pole dance for her wearing nothing but angel wings, sunglasses and a pair of boxers.

She said: "I just thought ‘wow, he looks interesting’. I started flirting with him. He said ‘What about a date?’ We went off to the amusement park in the game for hours. It really did feel like a first date.”

Kelly, who was being cared for by her husband at the time, told Nick, who works in marketing in real life, she was happily married – but said they could be boyfriend and girlfriend in the game.

She said: "Over a couple of days I started opening up. I confessed I wasn’t in love with my husband and I hadn’t been for years. Then I realised I was living this life I was feeling trapped in, which is why I was always on the game." 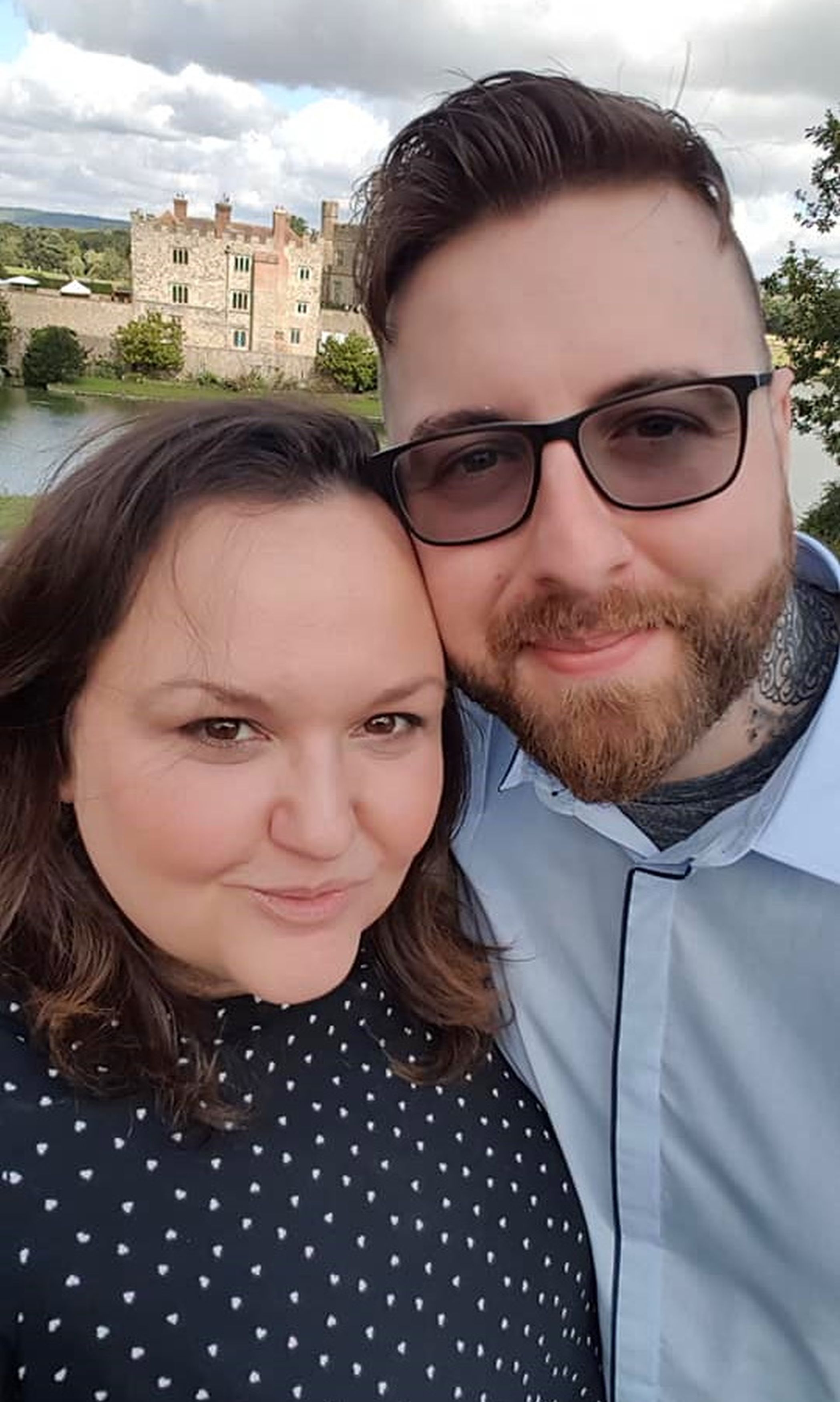 The couple talked online for 20 hours straight, and Kelly says she fell in love with Nick's personality.

Days later, she told her husband she'd fallen out of live with him – and he admitted he felt the same. Her ex has since met Nick multiple times.

Within 10 days of meeting online, Kelly and Nick declared their love for each other – without even knowing what they looked like.

Kelly said: “I started to panic that maybe I was being catfished, after all I was a 37-year-old disabled mother – hardly a catch."

But Nick sent Kelly a picture and she immediately thought he was "gorgeous". The pair started video chatting from then on.

The couple wed on the game on February 25 2017, with 10 of their online friends as bridesmaids and groomsmen, and wrote proper vows for the ceremony.

But because of the distance and 10-year age gap, they didn't think their relationship would work in the real world.

What is Second Life?

Second Life is a virtual 3D world launched in June 2003. Users create avatars to interact with each other and attend virtual events.

It has around 900,000 users and previously had over a million.

Second Life has its own currency, which can be exchanged into actual cash.

But on Boxing Day 2017, Kelly flew out to meet Nick, and says they knew they wanted to make a proper go of things by the end of the week.

Nick visited Kelly in March 2018 and got to know her kids. A month later, he proposed on Dover Beach, with a heart diamond and sapphire engagement ring matching Kelly's one from Second Life.

They married in a snowy Wisconsin on December 30 and are currently living together in Britain.

When coronavirus restrictions are lifted, Nick will return to the States to wait for a spousal VISA.

And they've stopped playing Second Life, although they plan to "call in" at some point in the future.

In more relationship news, this husband created an amazing quarantine home restaurant for his wife – after all their date nights were cancelled.