SHE may have won people over with her quick and easy cleaning hacks – but Mrs Hinch also provides the very best when it comes to DIY hacks that completely transform your home.

So whenever the star demonstrates a new handy hack on her Instagram stories, it's not surprising that her 3.2 million followers eagerly watch on and eventually introduce her methods into their own homes. 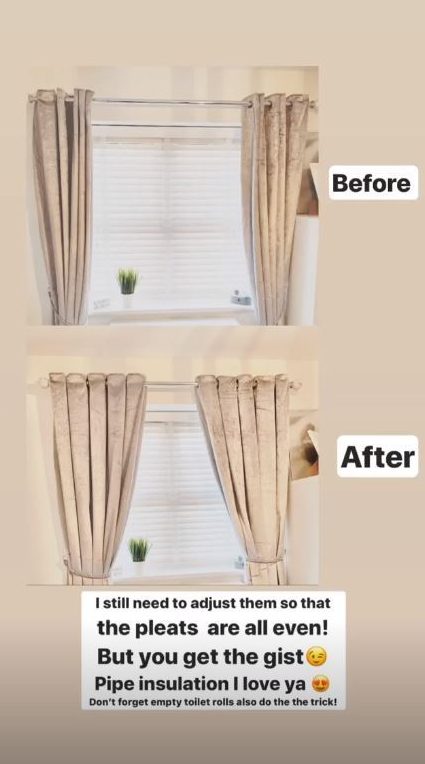 It's no secret that her dreamy grey interiors are always kept in tip top shape, and that's partly due to her super handy and simple methods that make everything look like perfection.

Her newest trick, though, is something we've never even thought of, and we are so pleased to have learned of the super tidy trick because our curtains will now forever look like they belong in a palace.

Posting to her Instagram stories, Sophie Hinchcliffe aka Mrs Hinch revealed that she uses the cut up pipe insulation to help keep her curtains sectioned perfectly when they are drawn open – and we mean perfectly.

The clean-fluencer demonstrated the trick by cutting the piping into ten even pieces and sliding one onto the rod between each curtain pleat. 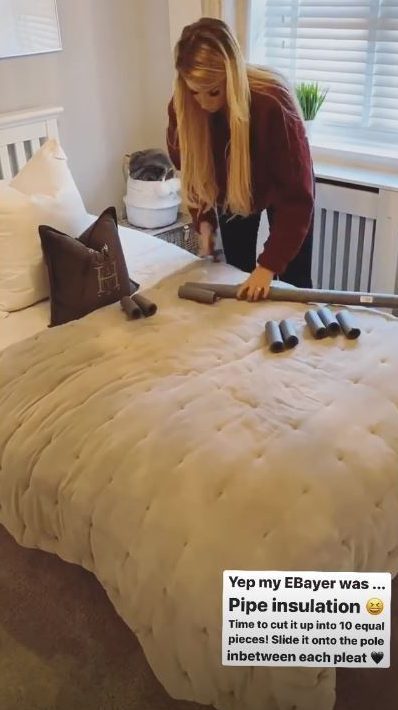 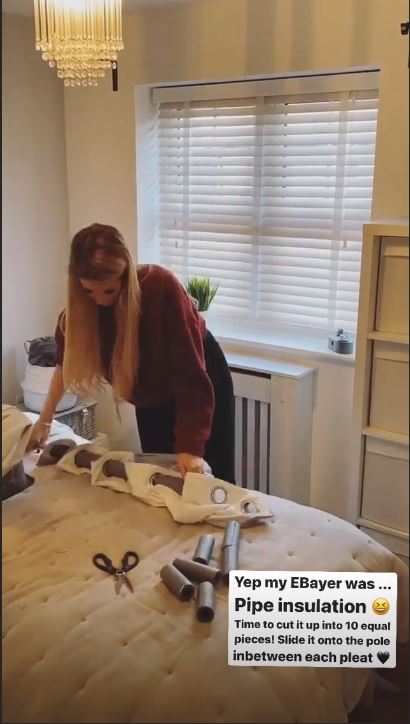 From the back you'll see the foam cylinders between each pleat, but from the front you seen nothing but perfectly formed pleated curtains – and they look absolutely amazing.

Mrs Hinch picked hers up from eBay, but had people guessing what it was was when she showed a sneaky preview when the package arrived.

She also shared that empty toilet rolls do the trick just as well – so you don't even have to spend any money to implement this one.

How did we not think of this before?

And earlier this month, the star sent fans wild over a personalised chopping board which she bought for just £15 on eBay.

We also shared how Mrs Hinch cleans her mattress – and the cheap trick which keeps it smelling fresh for weeks.