A MOM made a terrible discovery in her toddler's unused diapers – a maggot had been trapped between the layers of cotton.

She shared the video to warn parents about the situation. 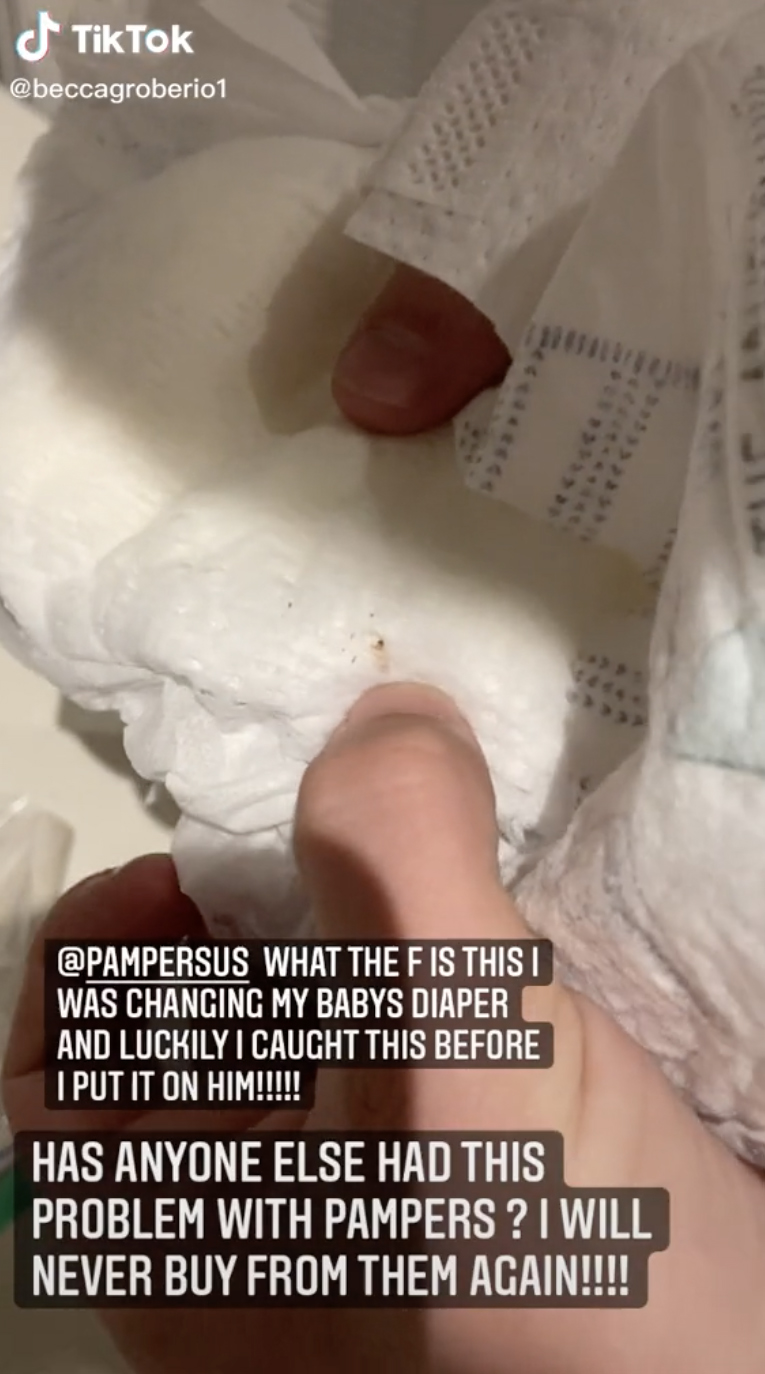 Becca Groberio shared on social media the moment she discovered a maggot crawling on her baby's diapers.

In the video, she could be seen poking and probing at something moving inside the diaper.

As she tried to push it out of the diaper, she realized it was a live maggot and quickly expressed her disgust.

Along with the video, she wrote: "What the f**k is this? I was changing my baby's diaper and luckily I caught this before I put it on him.

"Has anyone else had this problem with Pampers? I will never buy from them again."

The Sun has reached out to Pampers for comment but didn't receive any at the time of publication.

The disgusted mom had turned off the comment section for her post so others couldn't say if they had the same issue but the video got over 319K views.

Sadly, this not the first time a mother has made such a claim.

Back in 2015, a mom took to Baby Center's forums to ask if it had happened to others.

She wrote: "Two days ago, I was going to change my girl's diaper and I saw a worm in the side of the diaper.

"I found it weird but didn't pay much attention to it. I thought that somehow it got there where I storage the diapers. I just tossed it in the garbage and got another one. I checked it and it was fine.

"The following night I was ready to change my baby and to my surprise, I found another one!!.. I posted a picture of it on their Facebook page and I was given a number to call."

Many moms chimed in and said this had happened to them as well. 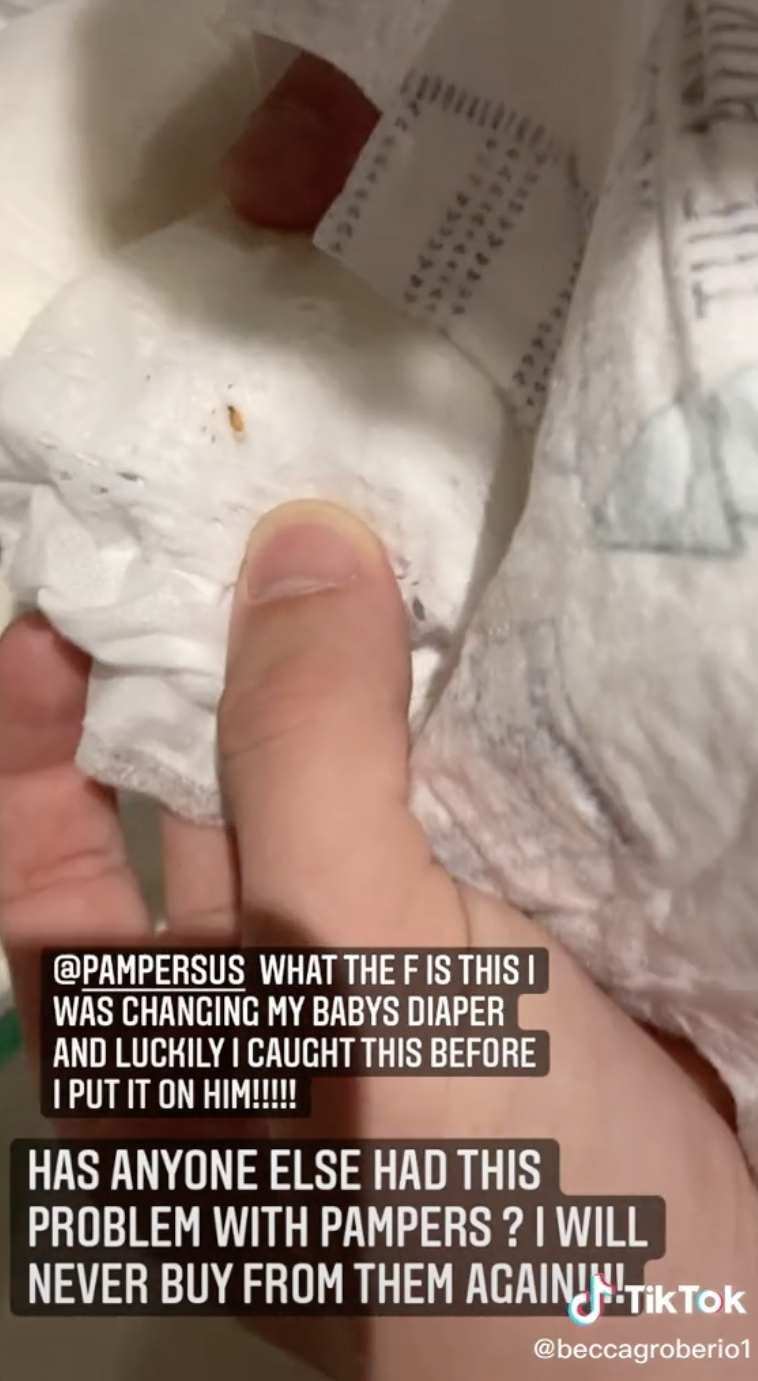