Home » Beauty and Fashion » Kim Kardashian Shows Off The Results Of Vegan Diet In Crop Top: ‘Plant Based Does The Body Good’

After more than a month of strictly following a plant-based diet, Kim Kardashian showed off the impressive results by rocking a crop top in a new series of photos.

Kim Kardashian is looking better than ever, and she’s crediting her vegan diet with her hot new look! The mom of four took to Instagram on Feb. 18 to share a gallery of photos of herself wearing a sexy white crop top and high-waisted pants. “Plant based does a body good,” Kim captioned the pic, drawing attention to her slimmed-down and toned figure. Kim has been following a strict, plant-based diet and upping her workouts in 2021, and it’s clearly paid off!

In 2019, Kim started adopting a plant-based lifestyle, but at the time, she hadn’t cut meat out of her diet completely. However, when she was at home, she did stick to vegan meals. Then, in Feb. 2020, she dished more about her diet during a Q&A with fans on Twitter. “I eat mostly plant based,” she admitted. “No meat anymore.”

Now, Kim appears to have fully switched over to plant-based. In fact, when she took a vacation with her sisters and their daughters for Stormi Webster’s third birthday earlier this month, she turned down eating bacon during a family breakfast! Kim also previously revealed that her kids follow a plant-based diet, although she admitted that her oldest daughter, North West, is a pescatarian. 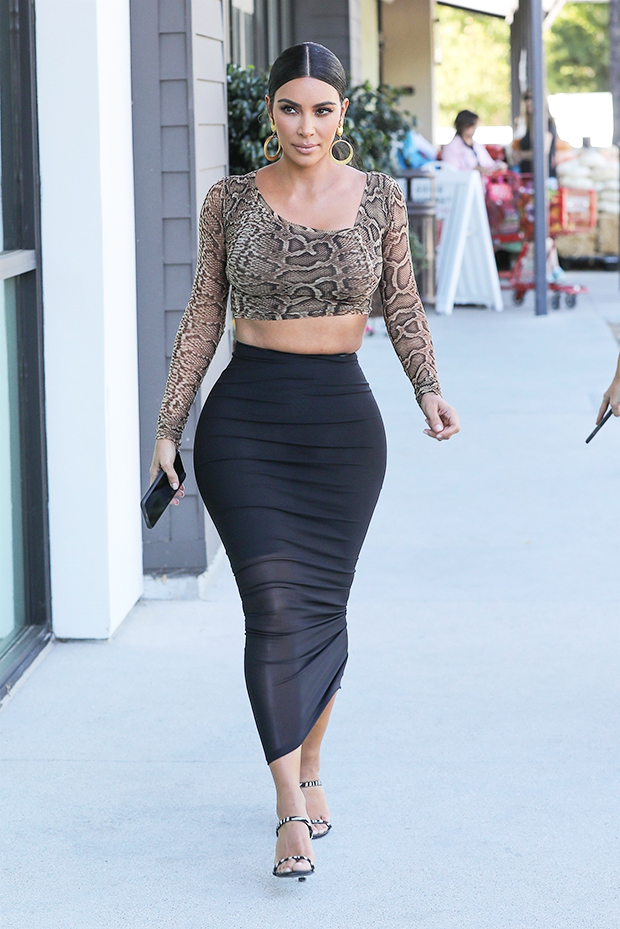 Kim’s hot new look comes amidst troubles in her marriage to Kanye West. The two have reportedly been living apart, with Kim in California with the kids and Kanye at his ranch in Wyoming. Despite living separate lives, though, the stars are not rushing to file for divorce and end their relationship for good.

“Kim is not rushing to file paperwork to get a divorce,” a source told HollywoodLife EXCLUSIVELY. “She essentially gave Kanye a list of things she needed him to do for the marriage to work, and he’s done some of them, so she’s giving him one more chance to work on the marriage. It’s absolutely an ultimatum. She wants this to work. He claims to want that, too, so she’s giving him time to work on the things she needs [from him].”