After covering her entire face on the Met Gala red carpet, Kim Kardashian changed into a super sexy, Catwoman-inspired look for an after-party.

Kim Kardashian continued to make a statement when she attended Justin Bieber’s after-party for the 2021 Met Gala on Sept. 13. For her post-event look, Kim gave major Catwoman vibes, wearing a skintight, black jumpsuit, which also featured a long skirt. She completed the look with dark black goggles, even though it was the middle of the night by the time she hit the town for the after-party. 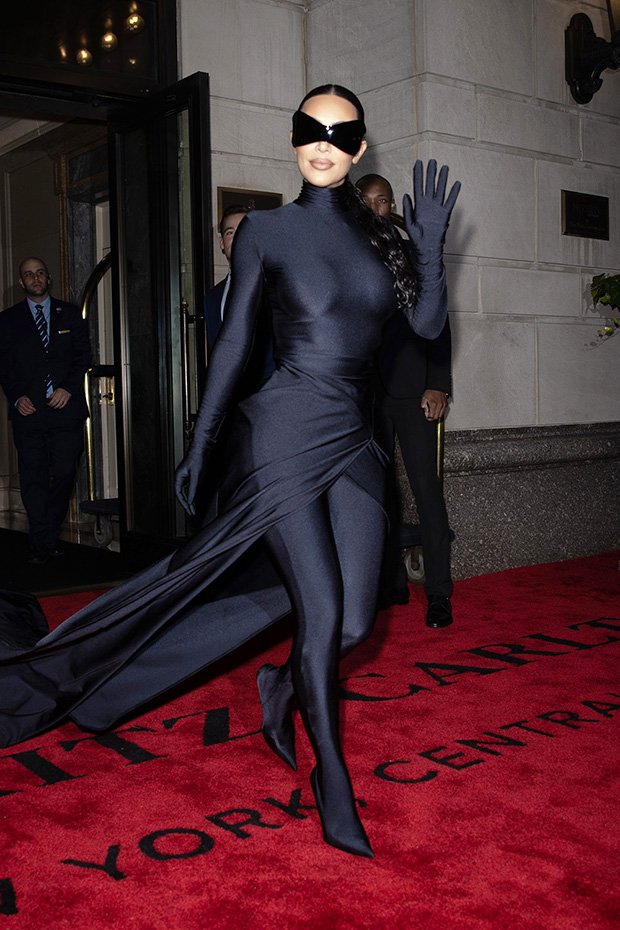 The look was somewhat similar to what we saw Kim wear on the actual Met Gala red carpet. She definitely turned heads in her Balenciaga Met Ball look, which covered every inch of her body, from head-to-toe. Yes, even her face was covered by a black mask. She attended the Gala with Balenciaga’s creative director, who wore a similar ensemble. In fact, many fans confused him for Kanye West at first, but it turns out that ‘Ye did not attend the high-profile event this year.

However, Kim and Kanye have seemingly been spending some more time together in recent weeks. Kim filed for divorce in February, but maintained a co-parenting relationship with Kanye for the sake of their four kids. However, when he was promoting his album, Donda, in August, Kim was front-and-center at various release parties. She even showed up in a wedding dress and walked alongside Kanye at one of the events. 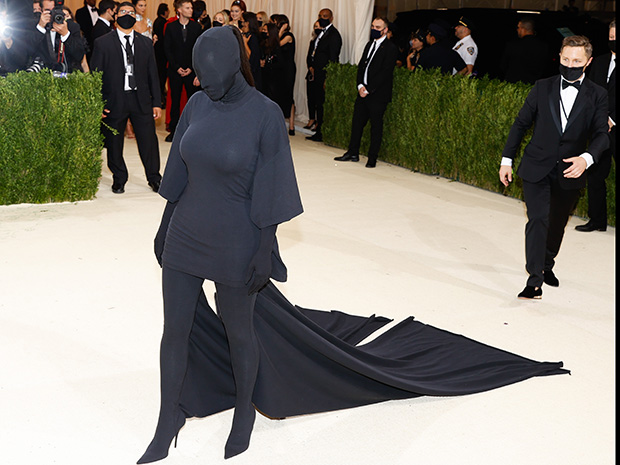 Still, Kim has made no official moves to call off the divorce just yet. On Keeping Up With the Kardashians, she revealed that she decided to end her marriage because her lifestyle and Kanye’s simply did not match up anymore. She wanted to be at home in Los Angeles for work and her kids, while he wanted to be free to move around and live other places. For most of 2020 and 2021, he’s been spending time in Wyoming, where he’s been recording music and living on a ranch.

Kim was joined by her sister, Kendall Jenner, as well as Hailey Baldwin and more stars for Justin’s Met Gala party. Her mom, Kris Jenner, was also in attendance at the actual event earlier in the night