THE Duke and Duchess of Cambridge have delighted fans by sharing a romantic snap standing on top of clifftop during their Irish tour.

Prince William, 37, and Kate Middleton, 38, were wearing matching jackets as the stood with their arms around each other taking in the views on the Howth Cliff Walk, on the Howth peninsula near Dublin. 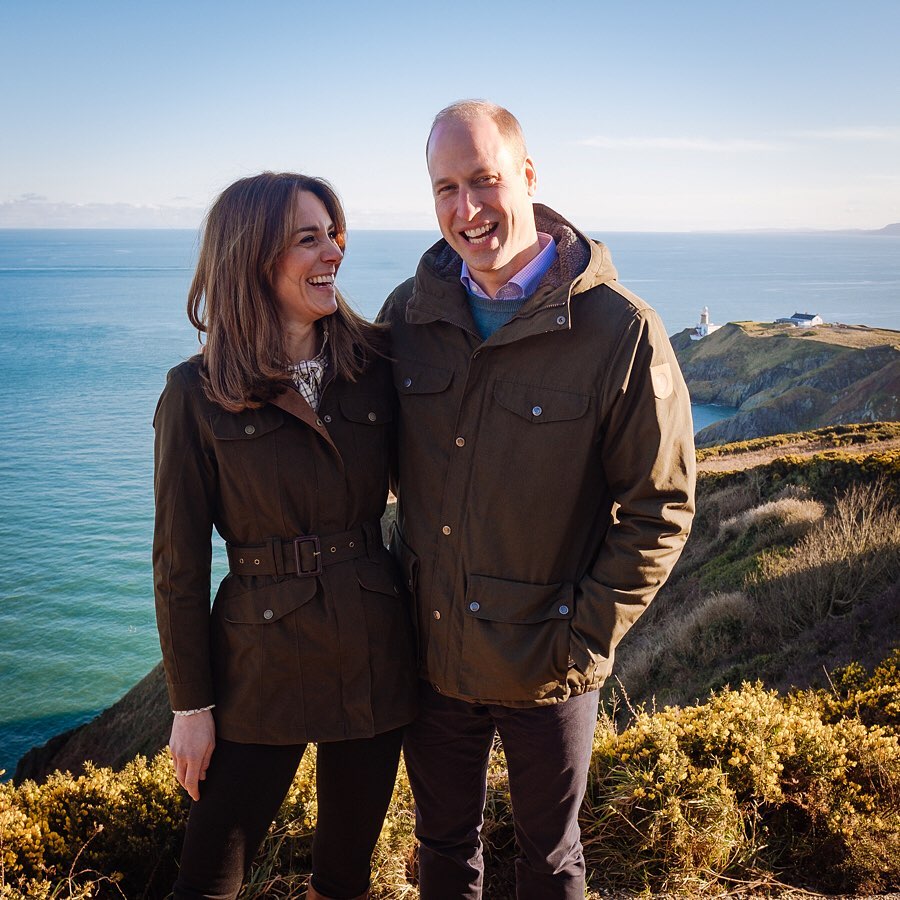 The photo, which saw Kate beaming up at her husband, was posted to Instagram and was met with a slew of comments from royal supporters who were delighted to get a glimpse of the happy couple on tour.

In celebration of the successful tour, the photo was also shared alongside a collage of sweet homemade cards they'd received from young fans during their time in Ireland.

As a thoughtful gesture, the caption that accompanied the photos was written in both Irish and English, in honour of the Irish culture.

It read: "Go raibh míle maith agaibh, a chairde go léir in Éirinn.  Thank you to all the wonderful people we met in Ireland! 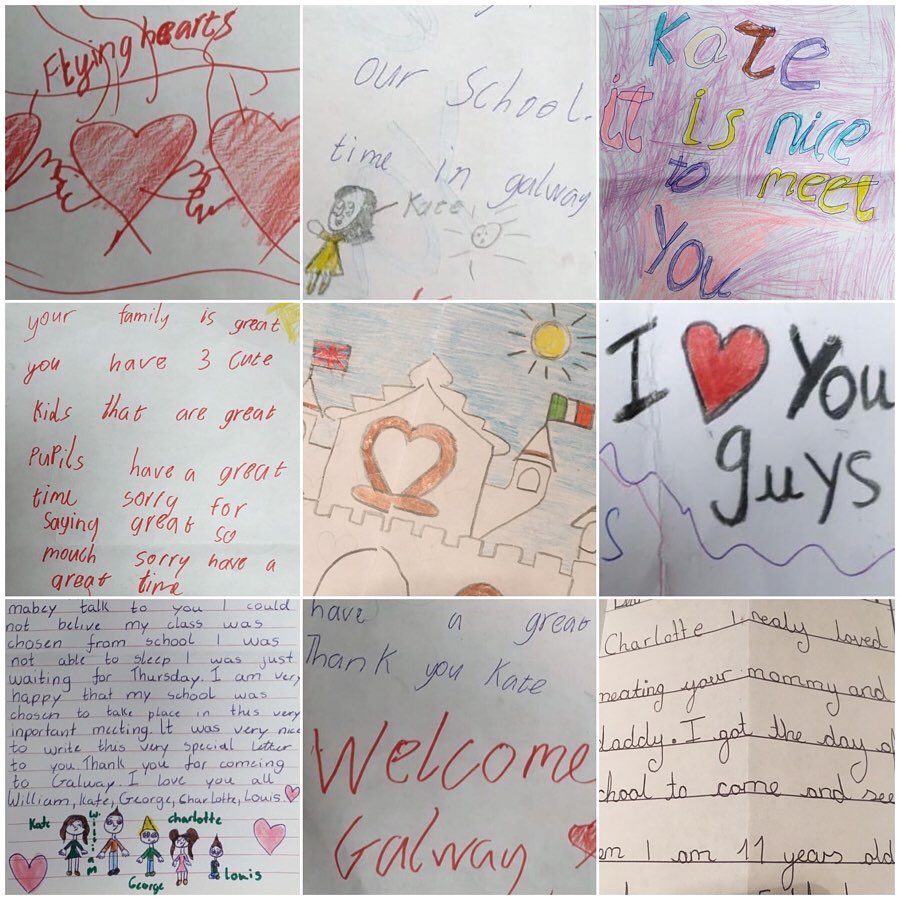 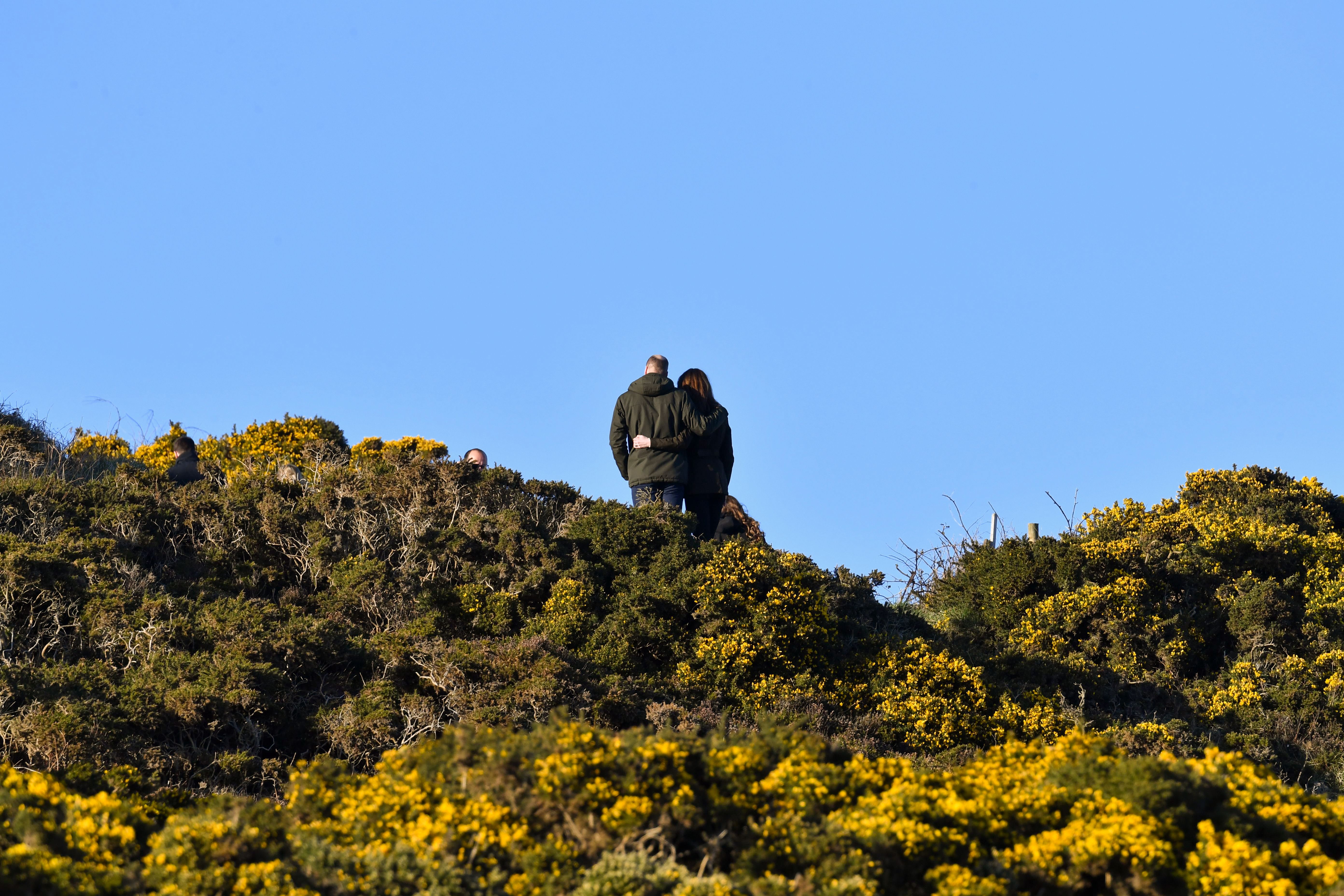 "Swipe to see a sample of some of the lovely letters we received during #RoyalVisitIreland thank you to everyone that took the time to write to The Duke and Duchess."

Original photos not shared to their social account were captured by a royal photographer from behind, and saw the royal pair taking in the cliff side views from a far.

They first stood with their back to the ocean, before turning around to see the idyllic landscape from the height of the cliff.

The Duke and Duchess of Cambridge have been in Ireland for the entire week, stopping in Dublin, County Meath, County Kildare and Galway – and with each stop they were met with excited crowds waiting to met the royal couple.

They brought the tour to a close yesterday by trying out traditional Gaelic football as they joined children and young people from the club’s teams for a fun day on the pitch .

Kate appeared to be soaking up the fun with her equally pleased husband watching on. 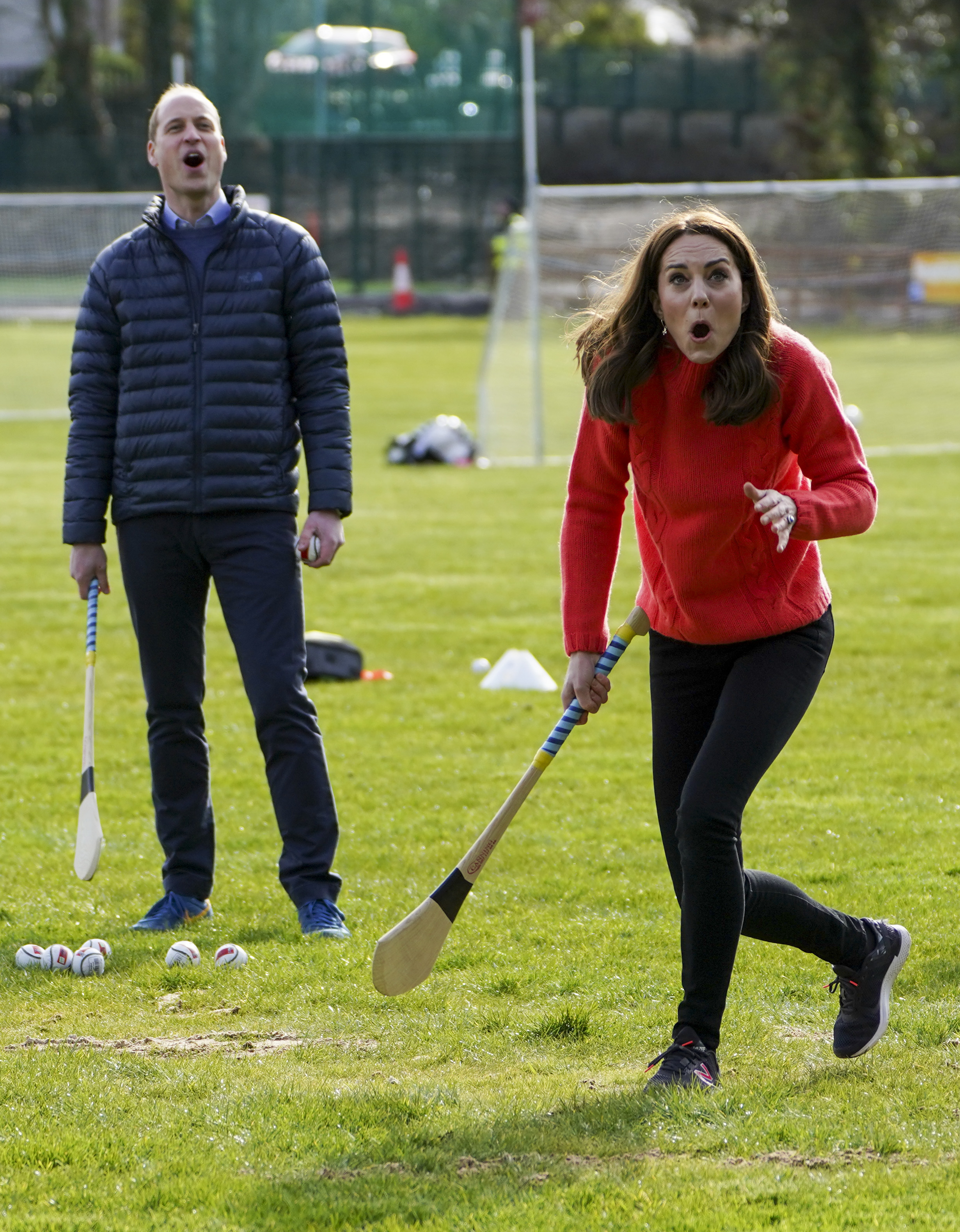 And actor Riz Ahmed tried to "spud" the Queen when he was baffled by her peculair handshake.

Plus Meghan Markle was "too good" for the monarchy and a "smiling face in the dull institution", Hilary Mantel has claimed.