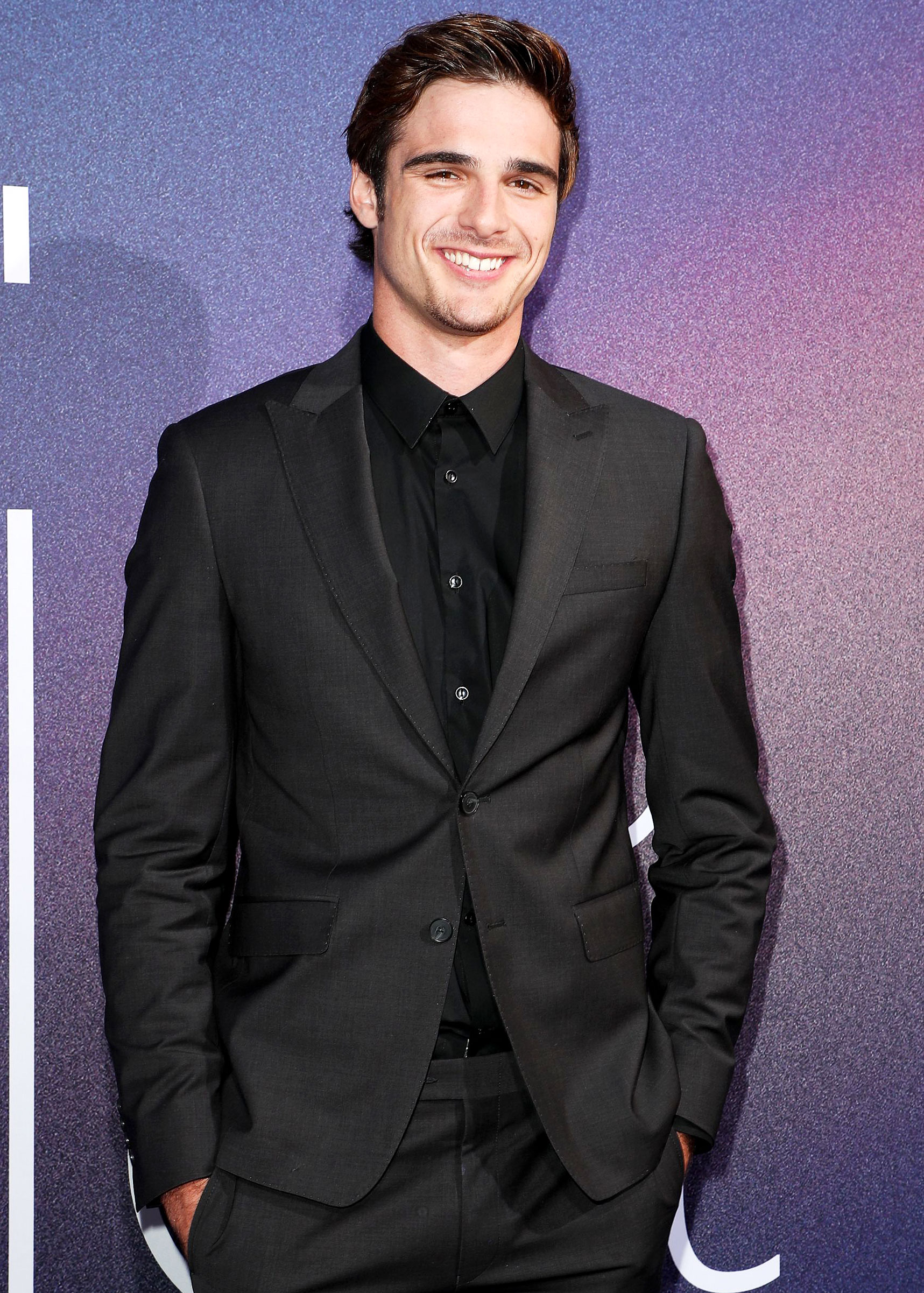 Everyone’s talking about 22-year-old Jacob Elordi, the actor who made hearts skip a beat in Netflix’s The Kissing Booth and the bad boy who stressed out viewers as Nate Jacobs in HBO’s Euphoria. Now, the Australian actor’s showing off his skills in a whole new way thanks to his spring-summer 2020 cover shoot with VMan Magazine.

For the fashion-forward photoshoot, iconic stylist Nicola Formichetti dressed Elordi in a variety of looks worthy of speeding up one’s heart rate. But there was one in particular that Us Weekly admired, in which the actor’s pictured taking off a motorcycle helmet while walking through a cloud of car exhaust, wearing an edgy, gender-bending ensemble. 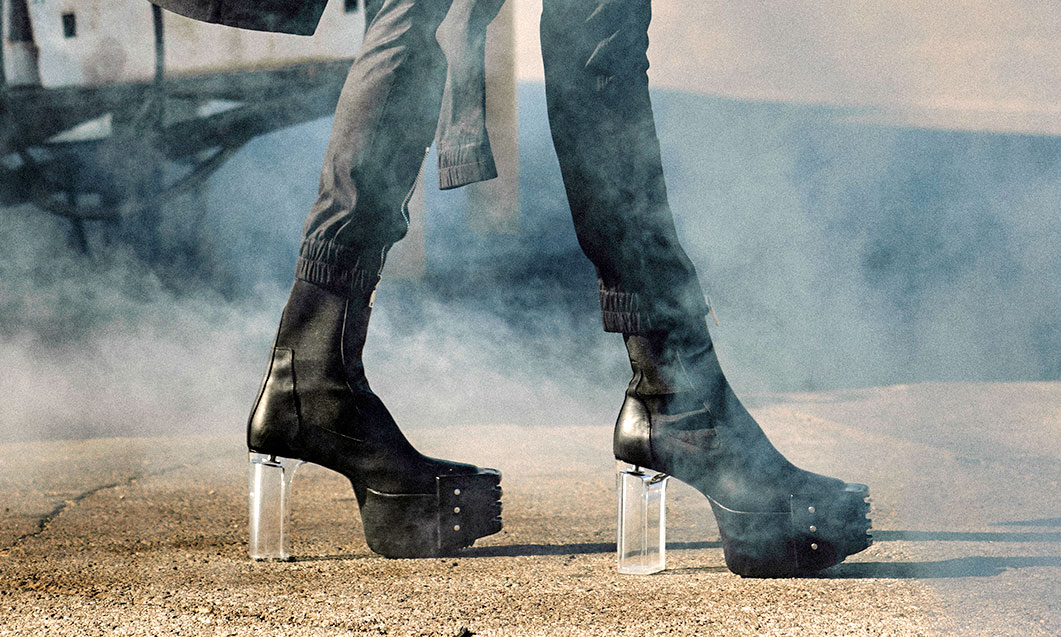 In the photo, shot by lensman  Chris Colls, the star wore a pair of badass heeled boots by American fashion designer Rick Owens. Formichetti paired the statement-making footwear with a black jumpsuit, coat and top by MSGM.

All of the Most Artistic Graphic Celebrity Tattoos

In a second image, he wore a sporty blue jacket and pants designed by Boss while clutching onto a helmet. And in a third, he sat in the driver’s seat dressed in clothing from Saint Laurent by Anthony Vaccarello, styled with his very own jewelry.

During the season finale of Euphoria, Elordi’s on-screen character has an intense breakdown after a big fight with his father and it’s arguably one of the most intense acting moments of the entire show. 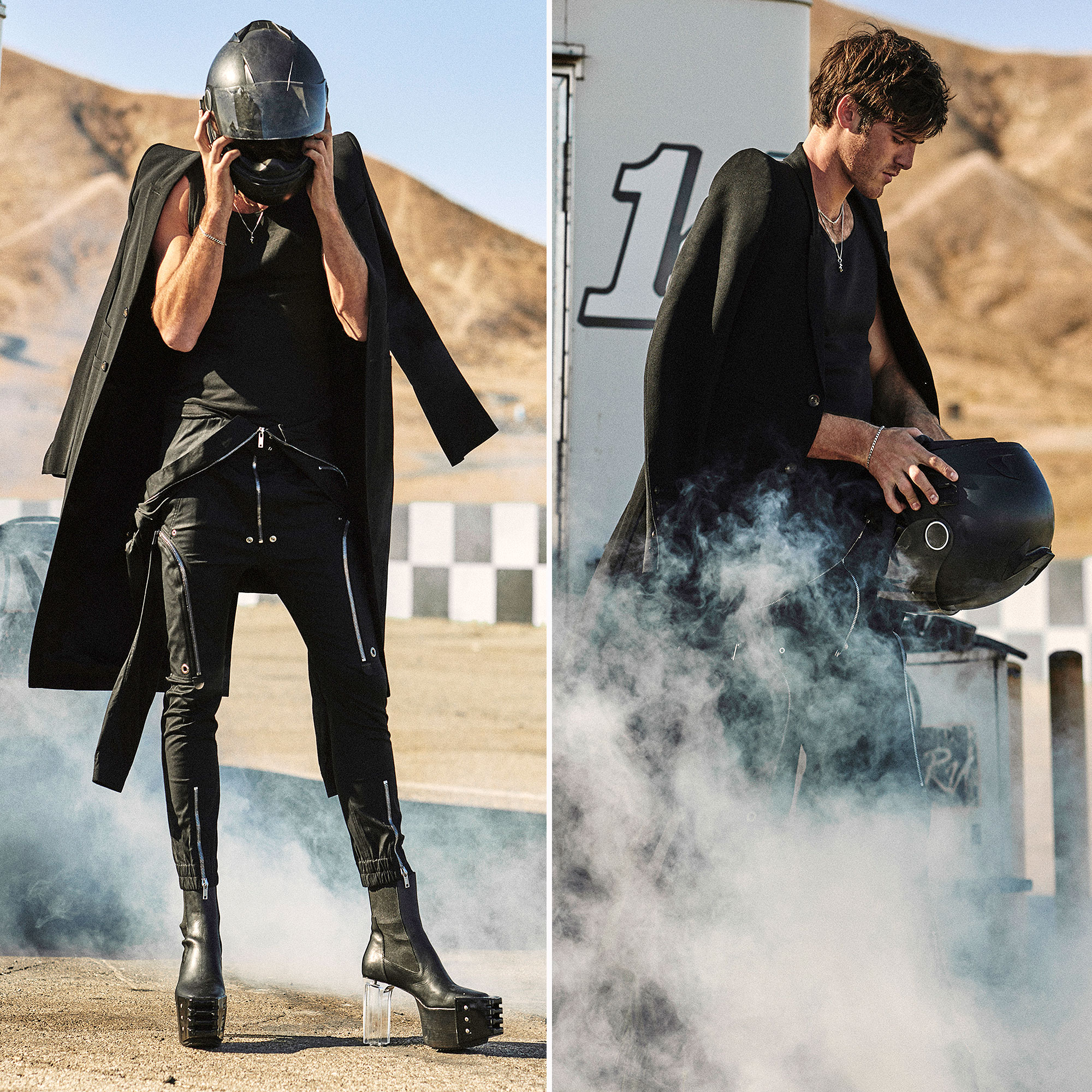 “That scene was definitely a lot,” the actor told the publication in the new issue. “But then, the whole thing was [a lot]. I hadn’t worked that much. I’d thought a lot about being an actor, but I never imagined that I’d be doing a big TV show at this stage in my career.”

But Euphoria’s success and the VMan cover aren’t the only exciting thing happening in Elordi’s life right now. A source confirmed to Us Weekly in February that Elordi and Euphoria costar, Zendaya, are officially dating. The couple was spotted kissing on February 3 in New York City in photos posted by Just Jared. Goals!