AN ex Victoria's Secret employee has spilled the beans on some bra-fitting secrets including some of the common mistakes most women make.

The former bra specialist, who worked for the popular lingerie brand for five years, shared her knowledge on TikTok in a series of short clips. 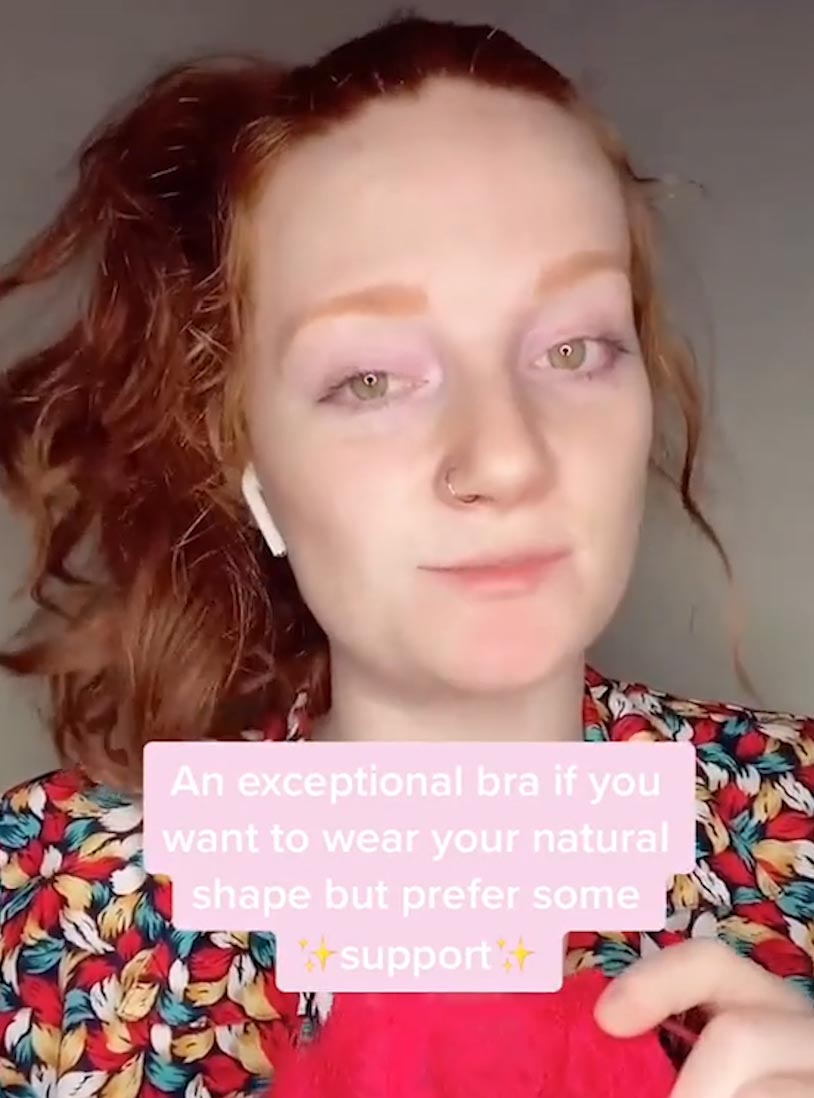 Known as daeelynnicole_ on the platform, the woman revealed that women should be getting measured, or doing it themselves, every six months.

This is to ensure our bust remains the same size as we tend to put on and lose weight often resulting in poorly-fitted bras.

And if this is the case, you should invest in a new one asap, or a couple, with the expert also revealing the seven different bras every woman should have – including an unlined, a wireless push up and a lacey bralette.

"The whole point of me sharing these videos.. I'm just trying to share knowledge I think all women can benefit from whenever she goes to buy a bra," she said in one of her clips.

"The trick is to not only find bras that fit your size, but your breast shape." 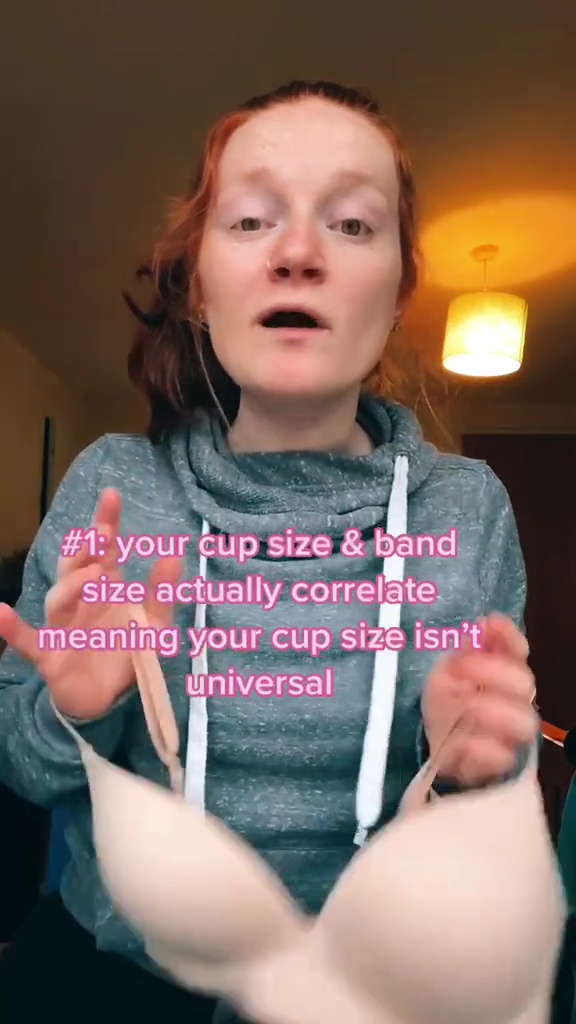 Your cup size 'is not universal'

Daelyn, who currently lives in the UK, says that many woman don't actually know that their cup size and band size correlate – that is, your cup size will not remain the same if you go up or down in the band .

In a different clip, she explained that for every size you go up in a band, you must go down in a cup, and that types of bras differ, so never assume you're the same band size across the board.

Daelyn explained this some more in a separate clip where she referred to it as "sister sizing".

She said: "So your sister size has the same cup volume but a different size band. " 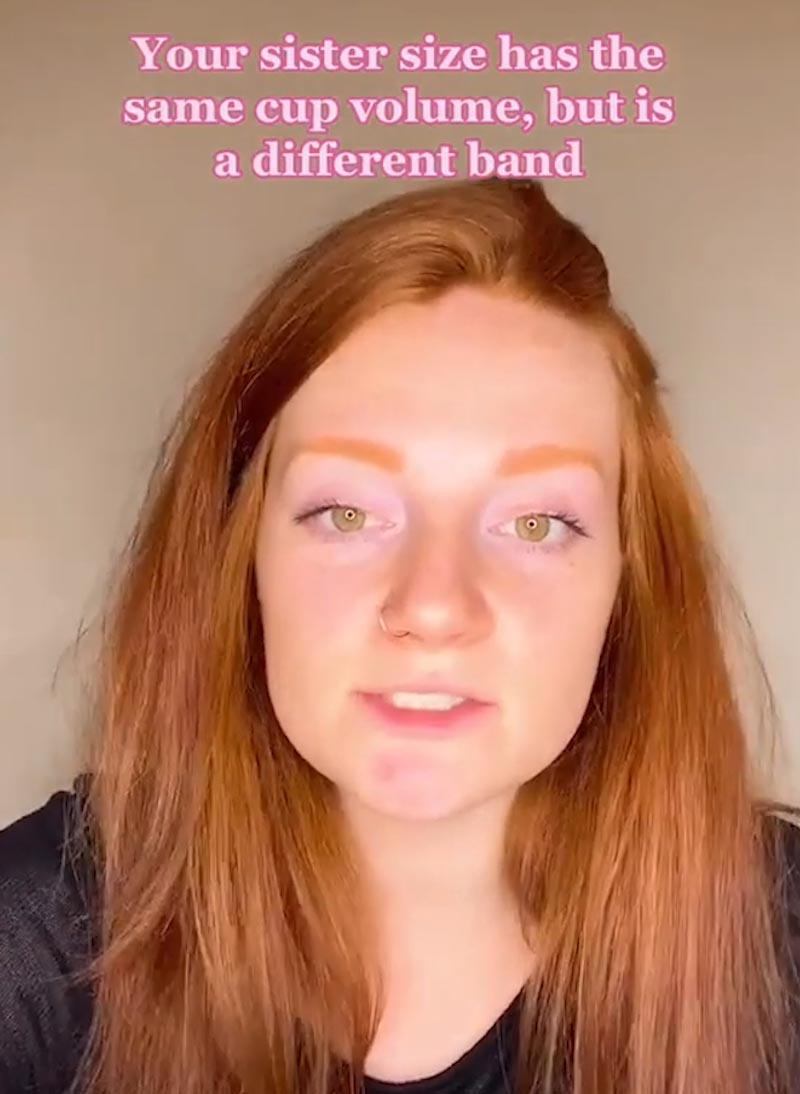 Choosing the right one is usually a matter of whether or not you've lost or gained some weight with Daelyn explaining that the breast size will remain the same but one will always feel more comfy around the back.

It's all in the band

Speaking of the band, the boob enthusiast revealed that if your band is climbing up your back, and you're constantly pulling it down, then you're wearing the wrong size.

If this is a problem for you, Daelyn says to go down a band size.

And, when trying on a bra in the shop, make sure it's hooked on to the loosest of the three because the more you wear it, the more it stretches out.

She added: "So if it's already clasped tight when you first get it, the bra won't last you very long, or you'll always be adjusting it." 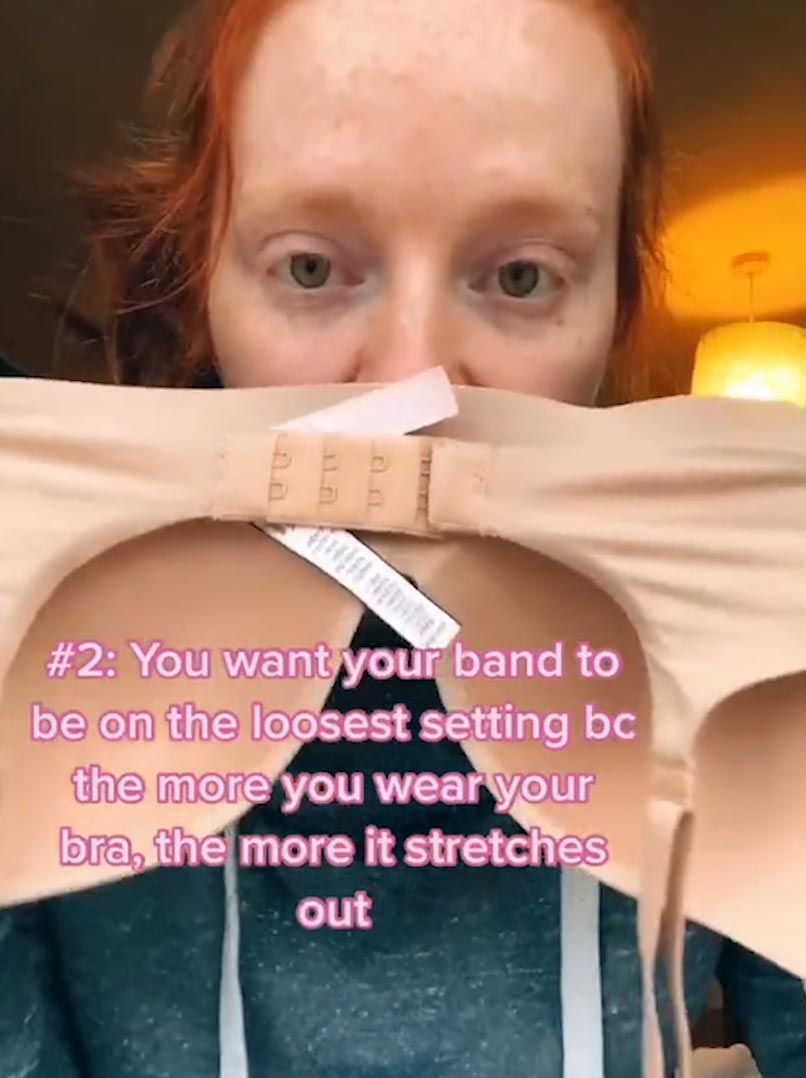 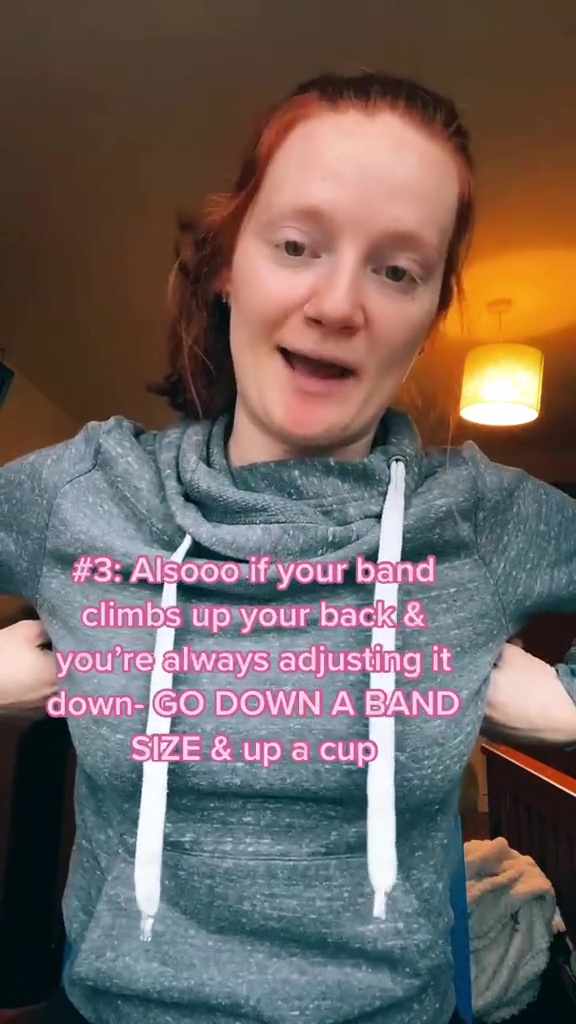 In another clip captioned "Excited to make more videos on the styles for each lining level," the bra specialist explained how important the lining is to the overall shape and fit of the bra – and urged women to know what's right for them.

She explained: "There are three lining levels that you are going to find whenever you go bra shopping – unlined, lightly lined and push up.

"An unlined bra has no padding or foam, just a light piece of fabric. An exceptional bra if you love your natural shape but just need support."

And, in another clip, she revealed that EVERYONE suits an unlined bra, no matter your boob shape or size.

She also explained that a lightly lined bra has "a couple layers of fabric" and will provide a little extra in the way of shaping your boobs.

But a push up,Daelyn says, will "add an entire cup" so ideal for those who want a bigger bust.

We previously shared how a shop assistant shows how to accurately measure your cup size at home so you always have a well-fitted bra.

In more fashion related news, this woman reveals how much UK size 12 trousers vary between different shops – and people are gobsmacked.