MANY people would love someone to make them a packed lunch for work every day.

But this bloke repays his girlfriend by savagely rating her meals out of 10 – and he doesn't hold back. 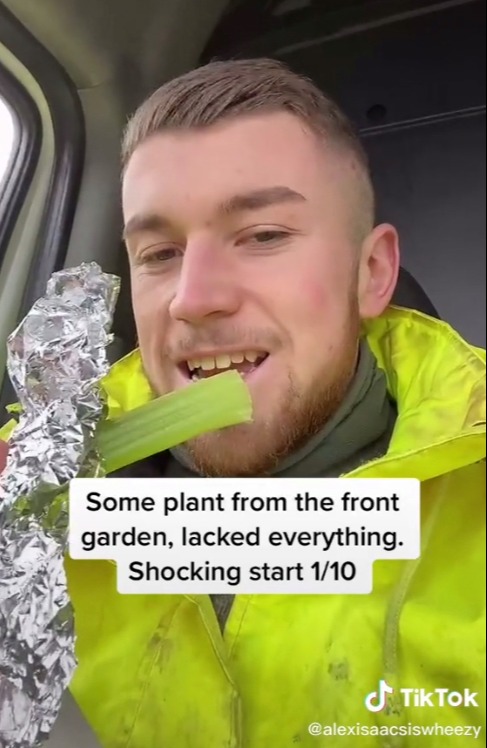 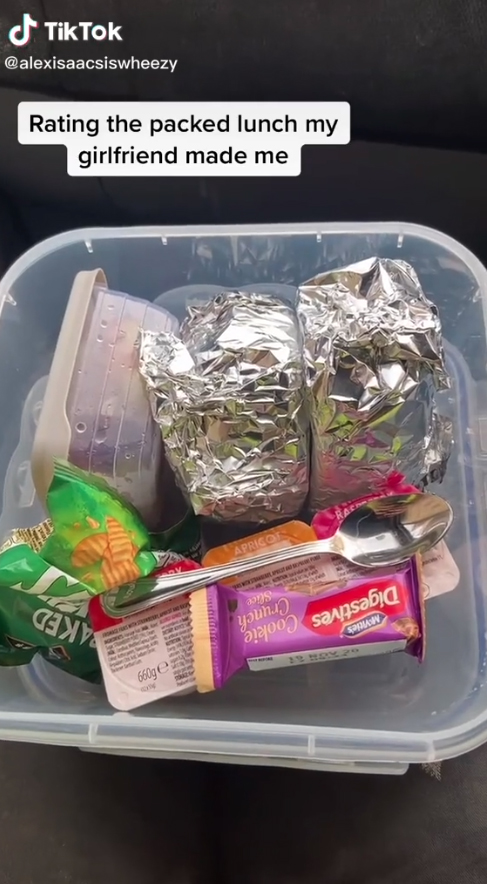 Cheeky chappy Charlie even jokes a high rating could spark him to propose to girlfriend Alexandra Isaacs, who slaves away at his food for a busy working day.

In the captions of his TikTok vids, he teases: "One day closer to getting that ring" and "You better get shopping for that white dress".

In some, he's given harsh ratings – like 1/10 for a piece of celery, which he described as a "shocking start" to his meal.

The vids, which show Charlie eating lunch in his van, are hugely popular and have racked up 4 million likes, but some aren't impressed with Charlie's attitude.

Commenting on the clips, one woman said: "are you… not able to pack your own lunch?" 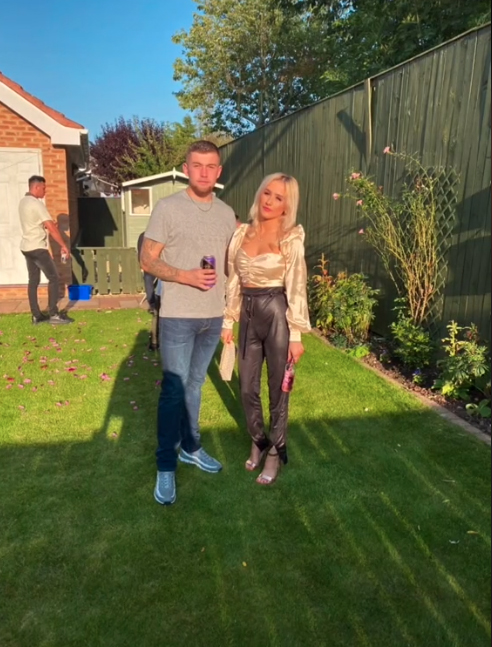 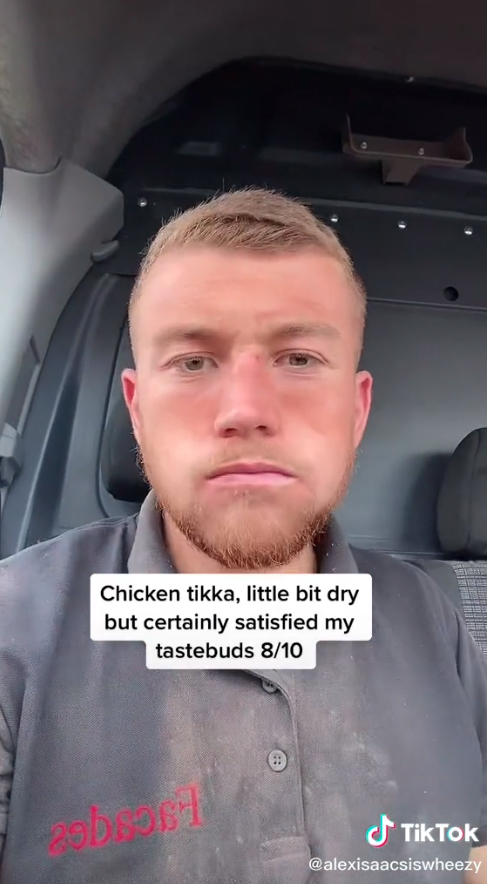 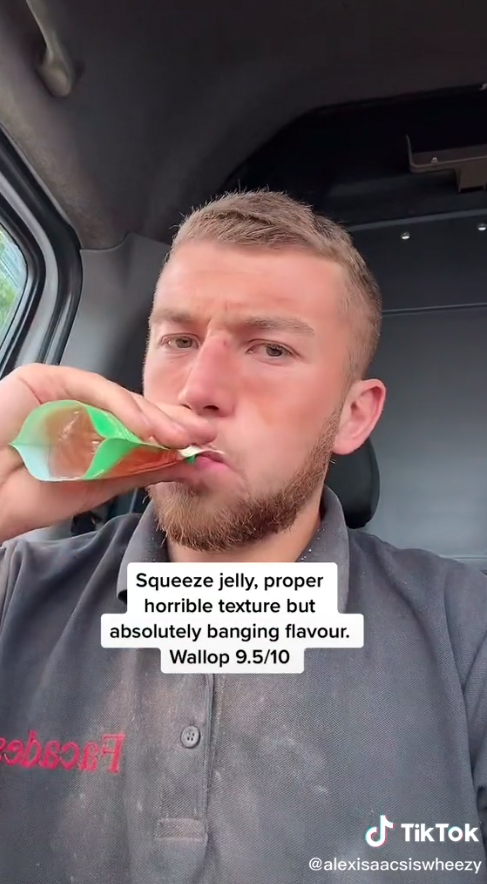 Another added: "Completely agree with you! … he needs to step up instead of relying on his girlfriend to do everything for him! Stop being lazy! Step up as a man!"

But overall, it's clear Charlie appreciates Alexandra's efforts, rating many of the meals 10 or even 15 out of 10.

And we're not surprised, given the effort she goes to, packing him a sandwich, wrap or bap each day, as well as four different snacks and a drink.

Many of the viewers gushed over Alexandra's skills, writing: "Your girlfriend is – Wife material" and "She seems like a wonderful girlfriend. I hope you treat her like she does with u."

In another clip, he showed off pictures of his girlfriend, writing: "Taking a minute to flex the person who has completed me". 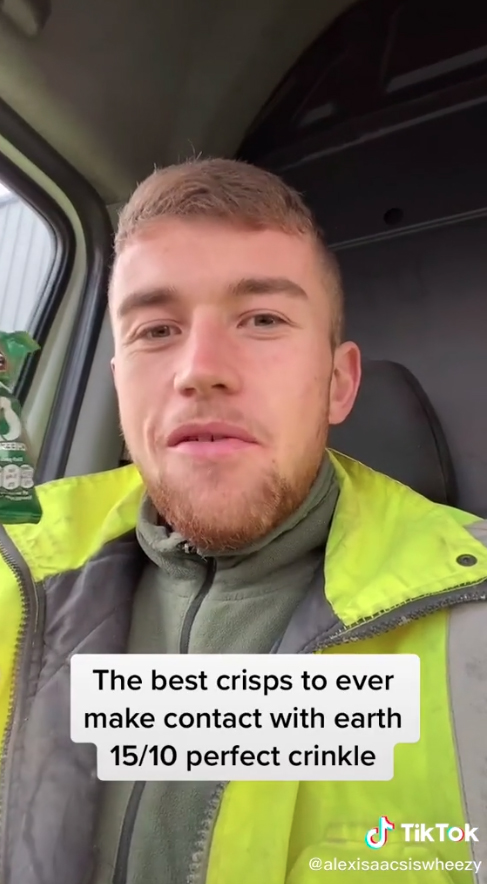 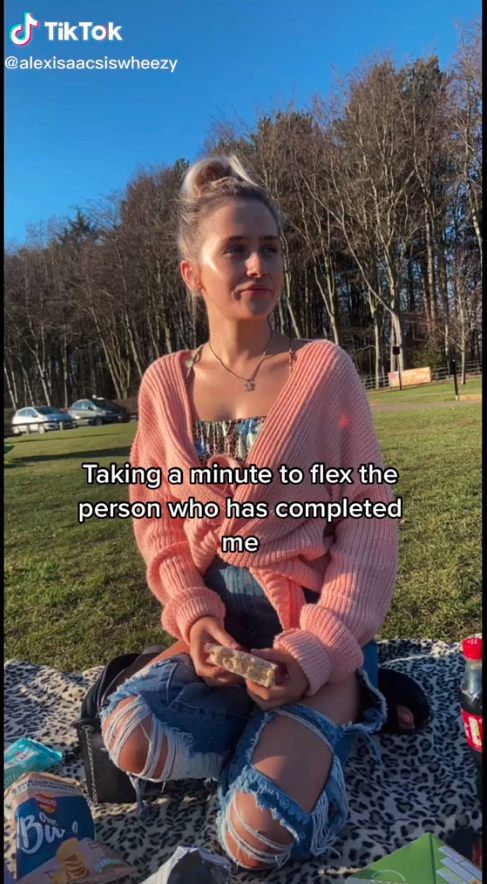