Home » Beauty and Fashion » Alopecia battle started after I took the Pill and boyfriend dumped me over it, says Made In Chelsea's Olivia Bentley

AFTER years of hiding her bald patches, Olivia Bentley made a life-changing decision.

In January, the Made In Chelsea star ditched the wig that had been her go-to cover-up during a decade-long battle with alopecia. 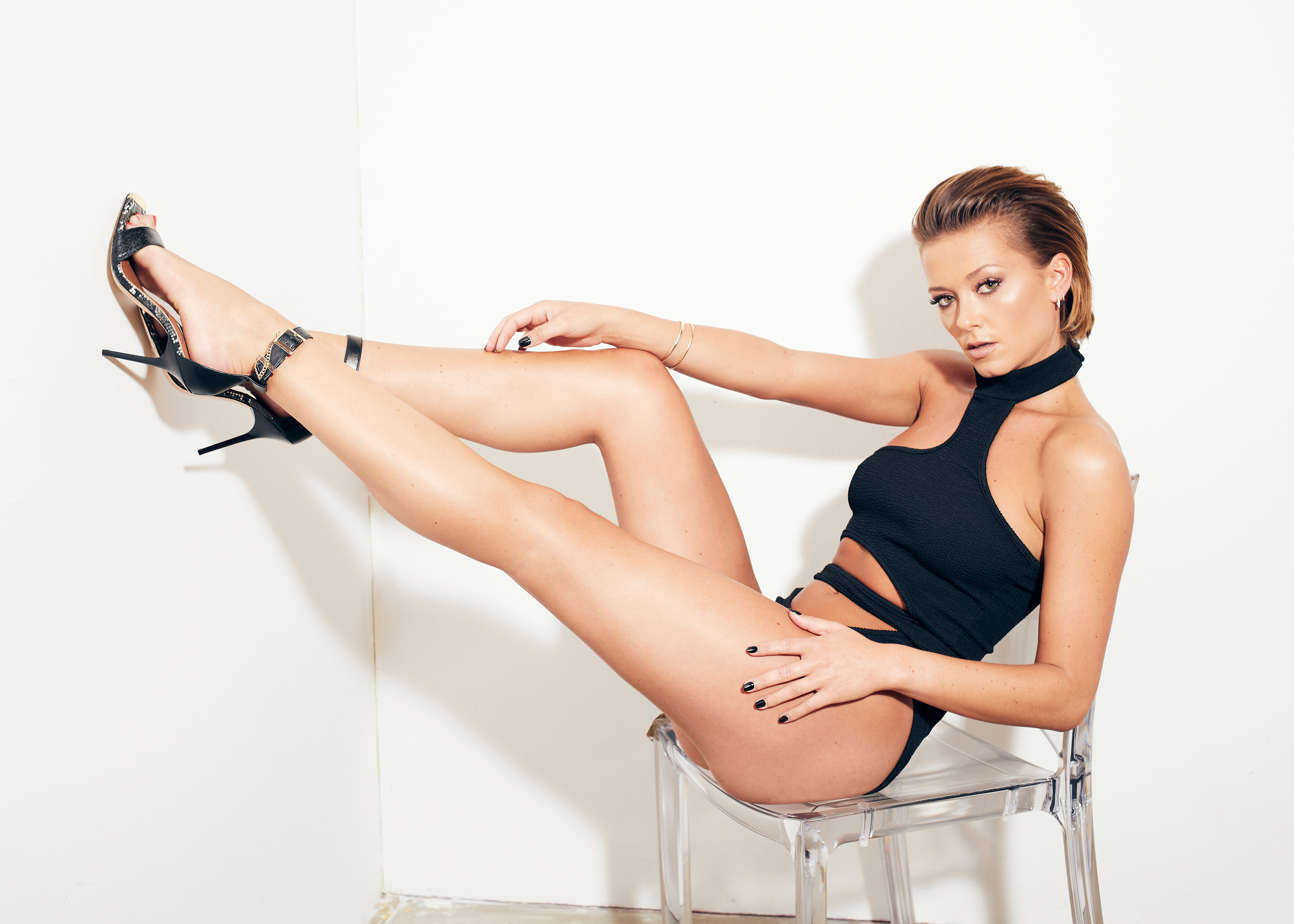 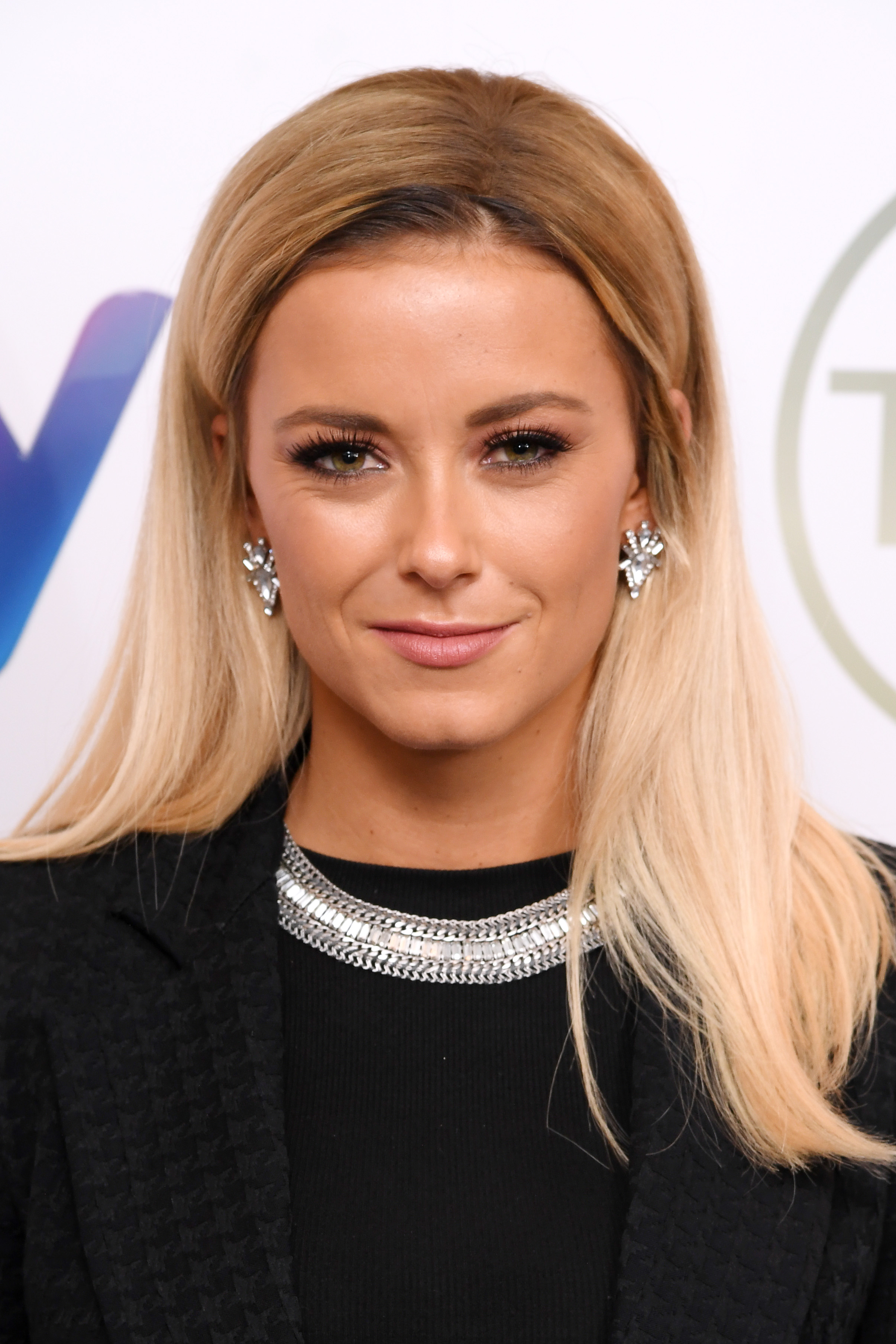 The 26-year-old says: “This is the longest I’ve gone without wearing it. The wig was a protective thing and I wouldn’t go anywhere without it. If I ever went away, I’d have a lot of anxiety that I hadn’t packed it, but life is so much more comfortable now.

“It was like wearing a woolly hat all the time. I remember filming some days in the heat with sweat dripping down my face. Not having to deal with that any more feels liberating.”

Olivia’s decision to ditch the wig was the result of her growing self-confidence — along with the encouragement of her boyfriend, fellow cast member Tristan Phipps.

She says: “I can’t grow my hair at all and I always thought guys didn’t fancy girls with short hair, but Tristan says he much prefers me without the wig. I’ll always keep my wigs and play around with them now and again, but I don’t feel like I have to wear one now.”

Olivia is far from alone when it comes to struggling with hair loss. Alopecia affects around 1.3million people in the UK, including singer Jesy Nelson, former glamour model Katie Price and TV presenter Gail Porter.

Forty per cent of women will experience some form of hair loss by the age of 40.
Olivia first noticed her hair was falling out soon after she started taking the Pill at 16, primarily to help with painful periods. It was the beginning of a hugely distressing time.

She says: “I never had amazing hair anyway, it’s always been quite fine. But after I went on the Pill I remember being on holiday with my family and as I was brushing my hair, a clump came out. I assumed I’d brushed too hard and pulled it out. But then it would happen in the shower, or I’d run my fingers through my hair, and it would just come out.”

Soon Olivia had visible bald spots on the side and top of her scalp. When the hair did not regrow, she bleached the rest, thinking blonder hair would hide the patches.

She says: “Bleaching was such a bad idea. It just made the hair even weaker. I found a photo the other day of that time and I had barely any hair on the side of my head.

“I was quite a late bloomer anyway. I didn’t have boobs and already thought I looked like a boy, and now my hair was falling out. So I basically felt like a bloke and it was really hard. I remember just sitting in my room, crying.”

Rather than dealing with the problem, I got into buying hair extensions, wigs and hats.

Olivia’s confidence was knocked further when a boy she was dating said he would never marry her in case their children were bald too. She says: “I was only 17. I mean, wow, what a horrible thing to say.”

Eventually she went to see a specialist who diagnosed alopecia and suggested it had been triggered by the Pill. She immediately came off it but, despite trying various treatments, nothing helped. She says: “I tried to pretend it wasn’t happening. Rather than dealing with the problem, I got into buying hair extensions, wigs and hats.”

Over the years, Olivia became used to disguising her hair loss. And it was not until 2020 she decided to address it publicly after receiving abusive messages and comments about her wig-wearing.

She discussed the issue on social media and during an episode of reality show Celebs Go Dating, when she told her date and the audience at home.

She says: “Someone sent a message saying, ‘Your hair’s really s**t’, and I replied saying I wore a wig because of hair loss. The response was, ‘OK, bald bitch’, which was intense.

“But that got me thinking about opening up more publicly and I’m really glad I’ve done that. No one has looked at me any differently and I get messages all the time from people saying, ‘Thank you so much’.

“You look around Instagram and it’s the same — hair extensions, huge lips, huge boobs — more people should try and embrace what they’ve been given. I love my short hair now. It makes me a bit different, and I like that.”

It has been five years since Olivia joined the Chelsea cast, and the show’s 22nd series is currently on screens, having returned to the posh West London haunts after lockdown restrictions forced them to film in a Covid-secure bubble at a Suffolk mansion.

Someone sent a message saying, ‘Your hair’s really s**t’, and I replied saying I wore a wig because of hair loss.

More often than not, fine art photographer Olivia is at the heart of the action as one of the show’s alpha females, but she reckons she is not quite as bolshy as people might think.

She says: “I’m actually quite nice. I think people reckon I’m a bit of an aggressive party animal who just shouts all the time. People also think I’m very confident, but I’m really not.”

In fact, when she was in her late teens, Olivia had to have hypnotherapy to overcome crippling shyness and social anxiety. She says: “I was just a wet wipe. There were days when I couldn’t leave my house. It was my mum who suggested hypnotherapy and that really did help. But for a while it was quite bad and I’d get angry at myself for not wanting to do things.”

Joining Made In Chelsea has helped with her confidence. And now, for better or worse, Olivia says she is “all or nothing” when it comes to deciding how much of her life to share on screen.

She says: “Both of my two big relationships have been on Made In Chelsea. I’ve never really had an off-camera relationship or dated anyone who hasn’t been on the show. Sometimes when there’s a backlash I think, ‘God, I should have kept my mouth shut’. But a week later, they’ve all moved on to the next drama.”

Olivia recently reunited with Tristan, 25, after announcing their split on Instagram in June. She says: “Everything’s good. Because of lockdown, we weren’t able to see each other for weeks on end and it was very hard. Then we were away filming the last series in Suffolk where if we had an argument, there was nowhere to go. So it all got a bit too much. But it was good that we had this long break because we both realised how much we really did love each other.”

For a while it was quite bad and I’d get angry at myself for not wanting to do things.

Away from Chelsea, Olivia is about to launch a sexual health and wellness brand, Jomo London, which will include products such as CBD arousal oil.

She says: “I used to fake orgasms and why do we bother doing that? The first time I slept with Tristan, I faked it but then I thought, ‘If I’m going to be with this bloke then I need to tell him right now that I lied’.

“He wasn’t cross, he just said, ‘Liv, you’re an idiot, why did you do that?’. And I’ve never done it since. This is all about women taking control of their sex lives and actually getting what they want.” 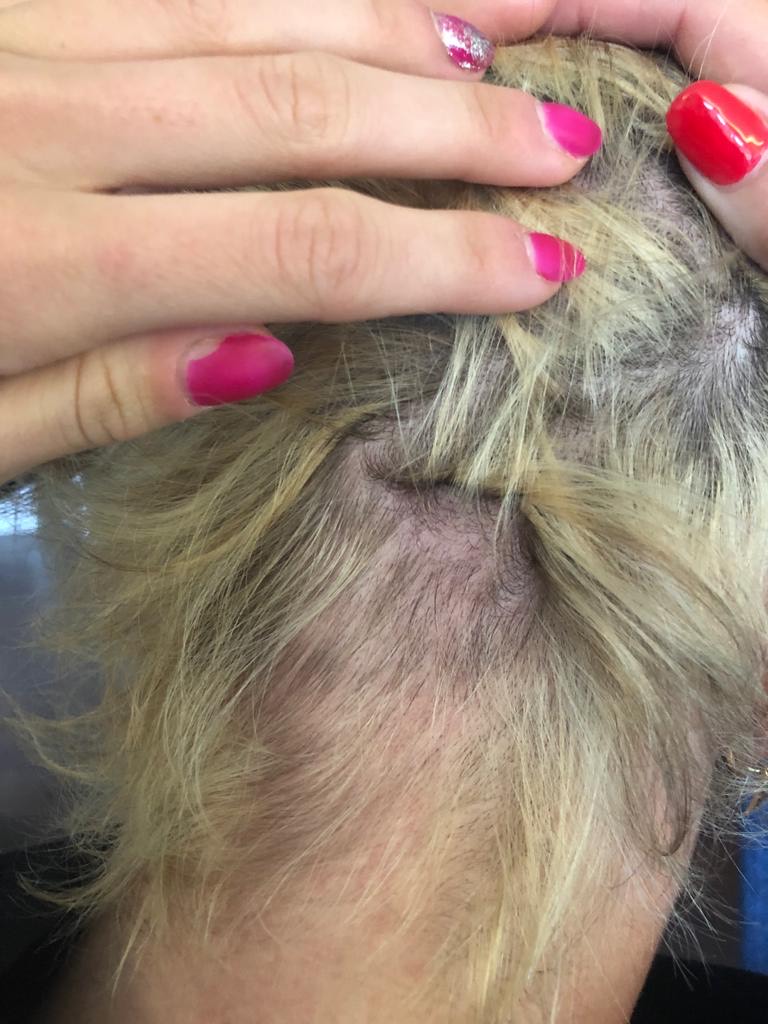 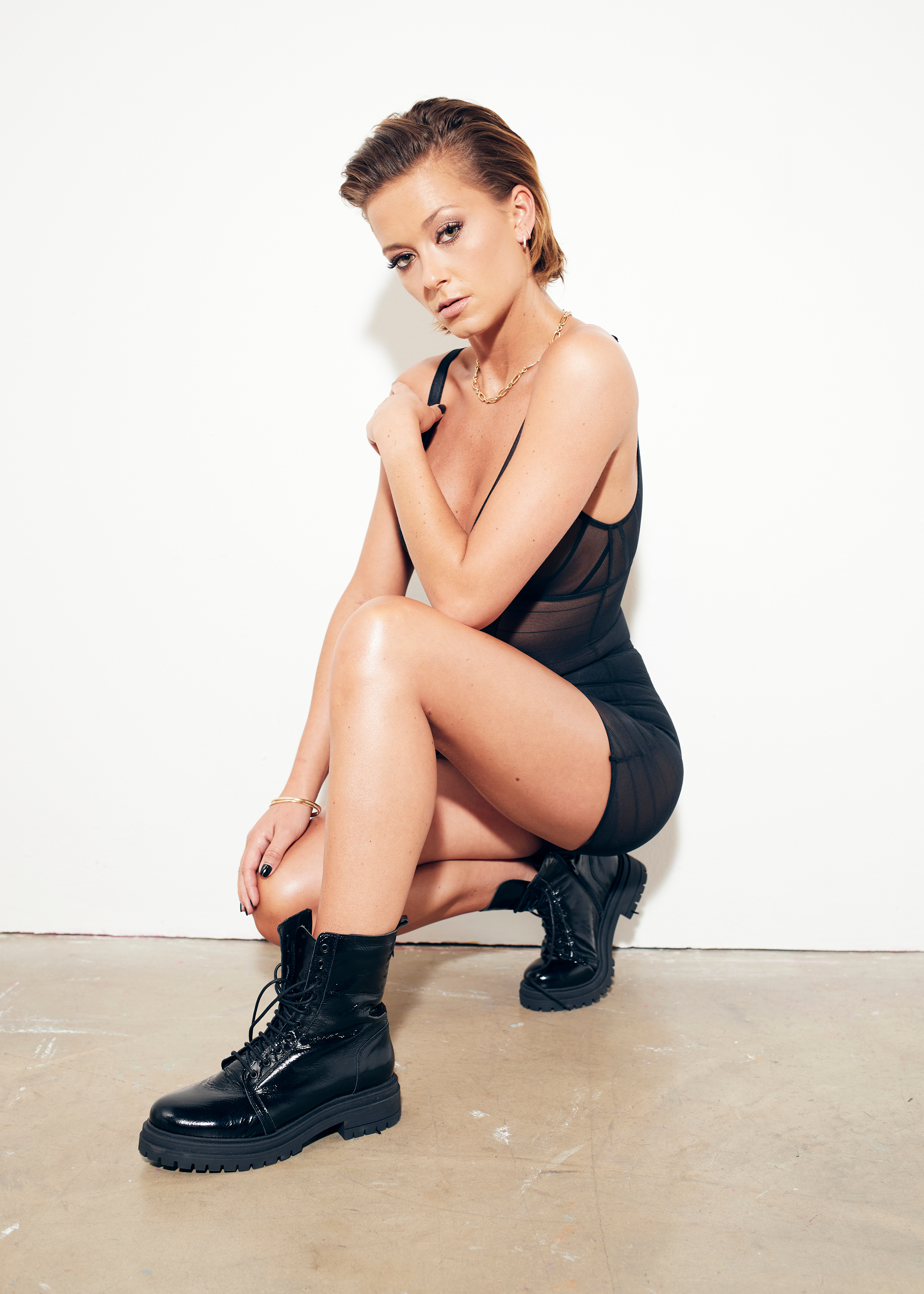 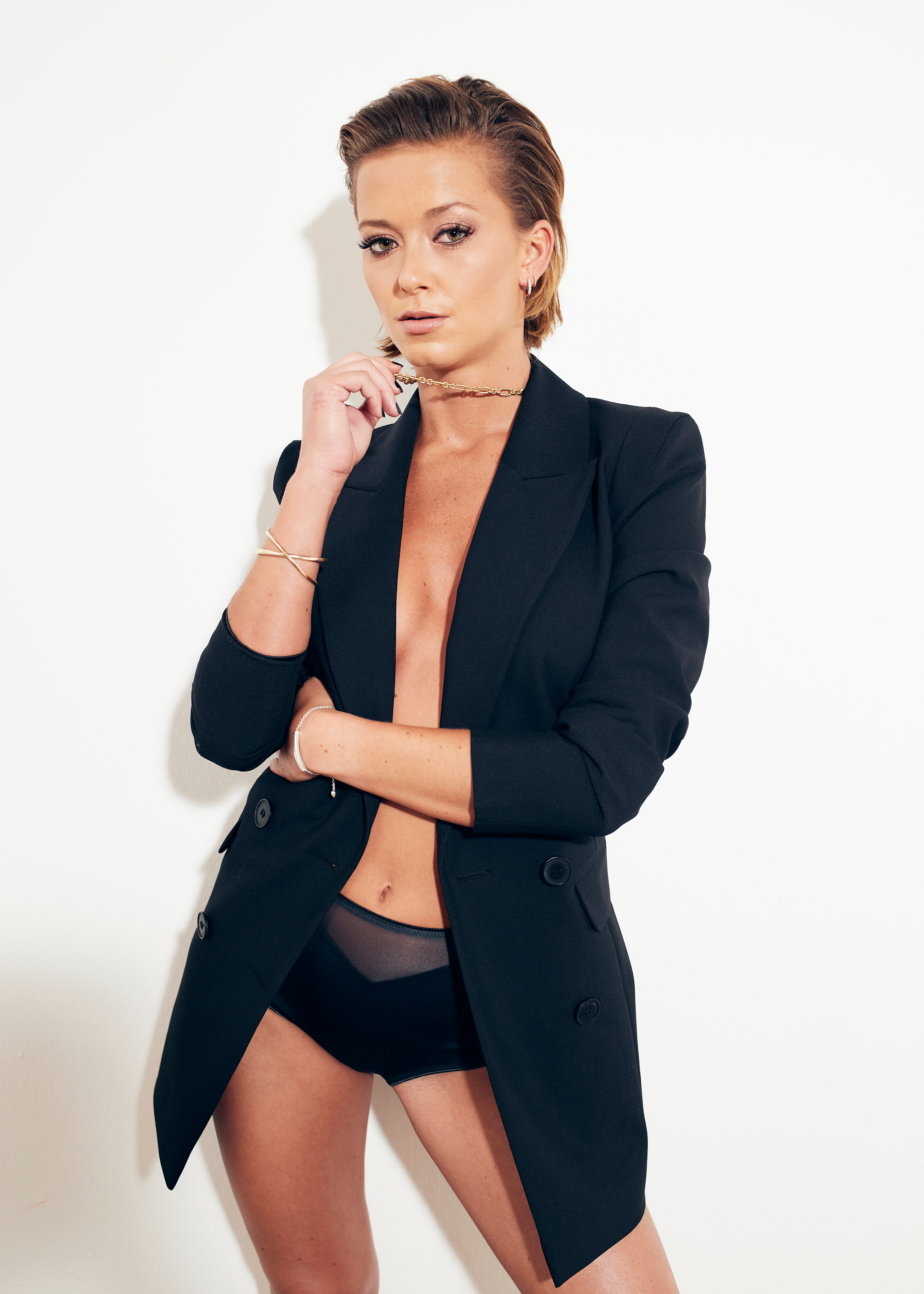 Causes of hair loss vary from illness to overstyling

ALOPECIA can cause hair loss that is noticeable, so baldness or extreme thinning.

There are two main patterns: diffuse hair loss and localised or patchy hair loss (alopecia areata). But the causes are hugely varied.

Patchy alopecia may be an immune reaction, causing well demarcated hair loss on the scalp. Sometimes skin infections like impetigo lead to areas of hair loss.

Pulling the hair severely during styling and over-using hair straighteners can also cause alopecia. Diffuse hair loss is common and usually temporary during severe illness or after having a baby. Hair loss also occurs with chemotherapy and radiation to the scalp. Thyroid disease or iron or zinc deficiencies are also common causes.

The receding hairline and thinning hair of male pattern baldness is well known. Although it is most often seen in men, women can develop it too. It is more likely after the menopause.

Treatment of alopecia depends on its cause. As to preventing it, a healthy diet is always helpful. Treat your scalp well and avoid harsh chemicals or extreme styling methods. Hair is technically dead, but to avoid breakage do not brush it too much.